Apollo to use funds to acquire aircraft, engine and components for lease 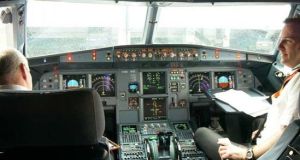 The group, whose main operations are in Dublin where it employs about 20 people, is buying the craft and engines on behalf of Sciens Aviation Special Opportunities Investment Fund (SASOF) III, one of three private equity funds, Apollo operates.

Apollo said the amount raised was well in excess of SASOF III’s initial target of $750 million. The fund follows on from SASOF and SASOFII, which raised $213 million and $593 million respectively in 2010 and 2013.

Founded in 2002, Apollo has grown to nearly $2.3 billion of aviation assets under management representing over 80 aircraft, 110 airframes and 300 aircraft engines.

“With the growth of our fleet, we’re positioned as one of the dominant players globally in the mid- to end-of-life market for commercial aircraft. As air travel continues to increase, we believe this will lead to significant opportunities ahead,” said Apollo president Robert Korn.

1 Aldi to impose limits as Christmas toys go on sale
2 Fair deal? Family at odds with hospital and each other not so sure
3 What to consider if older person or loved one needs care at home
4 Monsoon landlords win challenge over creditors arrangement that cut rents
5 Irish house prices could buck European trend and fall this year, says S&P
6 Irish elearning company LearnUpon closes €47.4 million investment
7 ‘I hate haggling because I hate when people do it to me’
8 Ulster Bank to meet Paschal Donohoe to discuss bank’s future
9 First look: Is the iPhone 12 Pro the best smartphone out there?
10 Leslie Buckley’s criticism of inspectors ‘built on thin air’
Real news has value SUBSCRIBE