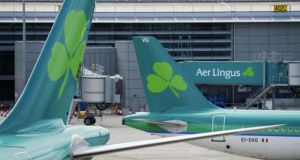 The Aer Lingus strategy of integrating its mainline and regional services seems to be working rather well.

The Aer Lingus strategy of integrating its mainline and regional services seems to be working rather well for the airline, with this week’s announcement on services to Manchester the latest piece in the ever-expanding jigsaw.

Aer Lingus Regional said it was launching two flights per day between Dublin and Manchester – a seemingly logical move until one recalls that Aer Lingus proper already operates three daily flights on the route. With Ryanair also present on the field, it is intriguing that Aer Lingus decided to go for expansion at the risk of cannibalisation.

In reality, it seems the risks are fairly small. The Manchester route is a reliable one for airlines operating from Dublin, with a combination of sports and business interests likely to mean it remains so. This was underlined in 2009 when Ryanair pulled its services out of Manchester in a row over landing charges and the only service it retained was the one to Dublin.

For Aer Lingus, the key to the latest expansion is the ability to bring together its two services to meet varying levels of demand. Its larger mainline aircraft can be used at busier times, while Aer Lingus Regional, operated by Aer Arann, can use its smaller craft to mop up excess passengers when it’s a bit quieter.

The combination of the two Aer Lingus brands lifts the group’s seat capacity on the Manchester route by 31 per cent – ambitious but presumably well-judged.

That will certainly be so if comments by Christoph Mueller to the UK press are anything to go by.

Following the separate announcement this week of new long-haul routes to north America, including San Francisco – the success of which is very dependent on attracting passengers to the Dublin hub from the Aer Lingus Regional network – he said passengers in the north of England and in Scotland were increasingly travelling to America via Dublin to avoid Heathrow.

Mueller said the airline had seen a 36 per cent rise in the number of UK passengers flying to North America via Dublin in June compared to a year earlier.

Aside from avoiding the general chaos at Heathrow, which is operating at full capacity already, passengers operating through Dublin have the added attraction of clearing US customs in advance.

And, as British media reported, they can also minimise their exposure to the UK’s Air Passenger Duty which is levied on all departures from a UK airport.

1 Little strategic thinking in election manifestos of Fine Gael and Fianna Fáil
2 Opioid executive admits to ‘no morals’ ahead of prison term
3 Who are Ireland’s 17 billionaires?
4 Ryanair wants Irish courts to block Skyscanner from selling its flights
5 Are there annual limits on inheritances or gifts to a child?
6 Ireland’s €200bn debt burden: how did we get here?
7 CPL founders Anne Heraty and Paul Carroll in line for €1m dividend payout
8 JP McManus loses $5.2m US tax case over backgammon game
9 Farmer seeks to challenge €3.6bn Intel plan in High Court
10 My father in a nursing home wants to gift me his house
Real news has value SUBSCRIBE