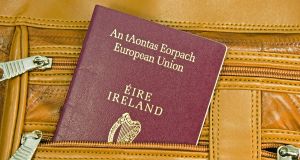 The Common Travel Area (CTA) is an open borders area comprising Ireland, the United Kingdom of Great Britain and Northern Ireland, the Isle of Man, and the Channel Islands. It has existed in some form or other since 1923, except when it was suspended from 1939 to 1952 during the Emergency.

The CTA means you do not need a passport to travel between our countries and the territories specified. Ryanair is the only air carrier that insists that people must use a passport or passport card.

The other air carriers will accept driving licences, government-issued public services cards, social security cards, or employment IDs with photo. Children under 16 can use a birth certificate if travelling with parents/guardians.

For the past two years a reciprocal visa arrangement called the British Irish Visa Scheme has allowed citizens of China and India to travel freely within the CTA, but not the Channel Islands or the Isle of Man, using either an Irish or UK visa.

This visa programme is being extended for a further five years. As it will be past the date when the UK is expected to have left the EU, it sounds like we can expect that the CTA will continue.

It is impossible to predict yet what the outcome of talks on the British exit from Europe will mean for the CTA, and whether it will be a hard or soft exit. But due to the interlocked business and social relationships and the fact that Irish people are not considered “foreign” in the UK, it may continue in a similar form.