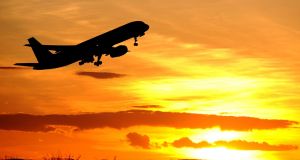 Ban on “most-favoured nation” clauses may benefit Ryanair, which is seeking to cash in on the 300 million or so visits to its website every year by offering a broad range of travel services to consumers, including hotel rooms. Photograph: Owen Humphreys/PA

Consumers could benefit from a clampdown on anti-competitive terms sought from hotels by online travel agents.

Large online travel businesses such as Booking. com, Expedia and Trivago typically demand the hotels whose rooms they sell do not offer lower prices than those available on those agents’ websites.

However, a number of EU jurisdictions believe such terms are anti-competitive and have passed laws banning them in a move that some commentators say should benefit consumers.

France, a popular holiday destination with Irish people, recently introduced such a law, while Germany, where large numbers travel for business, has also banned the so-called “most-favoured nation” clauses.

Mr Simpson said the clauses prevent the hotels themselves from offering lower rates for their rooms than those offered through their own websites and telephone reservation lines.

He pointed out that many hotels are seeking to boost their own direct sales, but the terms they have agreed with online travel agents were preventing them from competing directly with these outlets.

“This opens up the platform for hotels to be more in charge of their own prices,” Mr Simpson said, adding that it should allow them to offer cheaper rates than those available from online agents.

It is planning to launch Ryanair rooms this autumn, offering discounted accommodation to travellers. The end of the most-favoured nation clauses will give it the scope to compete heavily for business.

Ryanair’s chief marketing officer, Kenny Jacobs, confirmed the clauses are going to be removed from contracts.

“In our view it will be an advantage,” he said. “It is better for consumers. You will get more competition and it will pay to shop around.”

He believes other EU states will introduce bans similar to those imposed by France and Germany. “Other countries are likely to follow suit,” he said.