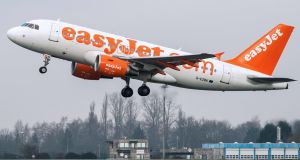 EU Brexit negotiators are taking a tough stance on aviation that would dramatically restrict UK airline operating rights unless Britain follows the bloc’s laws and courts, according to leaked planning documents.

The EU’s 27 remaining member states have begun preparing for talks on future EU-UK relations, outlining models of co-operation in aviation, fisheries and research that strictly adhere to precedents in existing arrangements with non-EU countries.

In the area of aviation in particular, the European Commission sees little room for creativity or “bespoke” arrangement that the UK is hoping to negotiate, according to a presentation to the EU member states seen by the Financial Times.

If Britain left the single market, the paper states, UK-owned airlines would automatically lose existing flying rights in Europe’s “fully liberalised” aviation market, and would no longer be entitled to EU recognition of approvals for parts or certificates for airworthiness.

Ownership restrictions would also apply, forcing groups such as Ryanair and International Airlines Group to buy out British shareholders to ensure they were 50 per cent owned and controlled by EU nationals, in order to continue operating routes within the EU.

“Air freedoms [are] granted by way of international agreement. What is not expressly agreed is prohibited,” the paper adds.

If strictly applied in a no-deal Brexit scenario, such an approach would lead to the grounding of many UK flights — something British ministers have dismissed as scaremongering. The paper notes there are no World Trade Organisation fallback options for aviation and makes clear that “old bilateral agreements between member states and the UK are not revived”.

The UK sees more scope for a closer relationship, even outside the remit of European courts. Chris Grayling, Britain’s transport minister, has said Britain is likely to remain a member of the EASA “at the end of the negotiations” and maintain similar flying rights.

“Does anybody seriously think the Spanish government, which would see hotel bookings collapse in 2019, is going to intervene to stop the planes flying? Of course they’re not,” Mr Grayling told the BBC.

In an explanation of the types of aviation agreement possible, the commission paper notes that full market access — including “up to nine freedoms of the air” — would require “full transposition and application of the EU acquis [of aviation law]” and “alignment with European Court of Justice interpretation of EU acquis”.

The business model of UK-based carriers currently relies on the full range of nine flying rights, including provisions that allow airlines such as EasyJet or British Airways to fly from Madrid to Berlin or from Milan to Rome.

A second co-operation model outlined is based on the Common Aviation Area agreements with Georgia and Moldova. That model would only require partial application of EU law and no EU court rulings — more acceptable conditions for the UK government.

But the commission argues that in this case, UK operators would be allowed to operate flights to or from EU destinations only if they start or end in Britain, the so-called third and fourth freedoms of the air. EU ownership restrictions would also apply.

The third model identified by the commission negotiators would offer the type of market access enjoyed by US or Canadian airlines. These include lighter regulatory obligations and no role for European courts.

EasyJet and some other UK carriers have already begun to establish European offshoots in an attempt to minimise potential disruption after Brexit.

Big European carriers such as Lufthansa and Air France see the potential to exploit Brexit talks to squeeze out budget carrier rivals such as EasyJet and Ryanair. Diplomats say France and Germany have taken firm positions on the requirements for UK access to the aviation market in preliminary discussions.