Airlines gain altitude in the face of economic woes 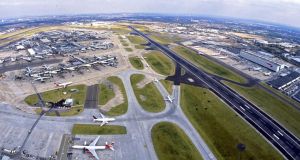 Airlines are notoriously secretive about the sums they pay for their aircraft. The list prices they cite are meaningless. Ryanair is believed to have negotiated a discount of up to 50 per cent from Boeing on its order while analysts put EasyJet’s at 30 to 40 per cent.

You would never guess there’s an economic downturn afflicting Europe at present given the expansion plans being hatched by the continent’s biggest budget airlines, Ryanair and EasyJet.

This will take Ryanair’s fleet from 305 currently to about 400 by 2019. Ryanair said this would give it the capacity to exploit growth opportunities across Europe and take its passenger numbers from 79 million a year currently to 100 million-plus. The Irish airline declared it was in discussions with about 200 airports about new routes.

EasyJet, meanwhile, announced a deal to buy 135 aircraft from Airbus during the second day of the Paris Air Show, the industry’s flagship trade event. It also has an option to purchase an additional 100 A320neo jets – 85 will replace ageing models, with the remainder used to fulfil EasyJet’s ambition to grow seat capacity by 3 to 5 per cent a year.

Michael O’Leary might laugh in the face of recession but EasyJet founder and major shareholder Stelios Haji-Ioannou is decidedly more circumspect.

“Yet another huge capital expenditure deal with the same supplier at ‘secret’ prices . . . naturally it raises more questions than answers,” he said of the order.

Stelios said he would await the full shareholder circular, “which must include the actual price to be paid for each aircraft and the incremental profit each of these aircraft will actually deliver” before giving his verdict on the plan.

He’ll be lucky. Airlines are notoriously secretive about the sums they pay for their aircraft. The list prices they cite are meaningless. Ryanair is believed to have negotiated a discount of up to 50 per cent from Boeing on its order while analysts put EasyJet’s at 30 to 40 per cent.

Stelios has previously been at loggerheads with EasyJet management over the use of capital, preferring it to pay dividends rather than grow capacity at a time of economic malaise and high oil prices.

You might wonder why Stelios is creating such a fuss given that EasyJet’s share price has risen by 145 per cent in the past 12 months. Ryanair’s has soared by more than 70 per cent. Even Aer Lingus, whose focus is purely the island of Ireland, is up 70 per cent, although it still remains 27 per cent below its €2.20 price at the time of its IPO in 2006.

The three airlines have also paid dividends during the downturn. Capacity cuts, rising average fares and benign oil prices have all helped to support airline share prices in the past year.

Will this run last?

Airlines have a history of shooting themselves in the foot when the industry is doing well by putting too much capacity into the market and selling fares too cheaply. They are also vulnerable to major external shocks.

It’s worth noting that for all its statements to the contrary in recent years, Aer Lingus is preparing to spend €140 million to help plug a deficit in staff pension schemes. That’s shareholders’ funds.

Earlier this month at the Ernst & Young World Entrepreneur of the Year awards in Monte Carlo, Stelios told the audience that the days of true low-cost travel were probably over due to rising oil prices, and increasing taxes and regulation.

These costs would inevitably have to be passed on to consumers, he said, which in turn would put the brakes on the fast growth that budget carriers have traditionally enjoyed.

Analysts at UBS were upbeat yesterday about EasyJet’s aircraft order, retaining its buy rating on the stock. However, there’s an interesting disclaimer in the 10-page note: “Trading airlines stocks may be hazardous to your wealth,” it starts. “Over the long term, a diversified portfolio of airline stocks has reliably underperformed broader market averages.”

You have been warned.