Xtremepush seeking up to €15m worth of acquisitions 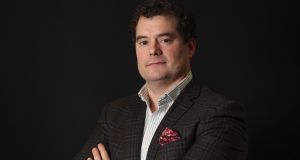 Irish digital marketing software company Xtremepush has said it is on the lookout for acquisitions worth up to €15 million, after it raised €4.25 million in funding from boutique lender, Beechbrook Capital.

The company, co-founded by former professional rugby player Tommy Kearns, has also earmarked some of the debt raised from Beechbrook to hire staff for a sales office in New York, as part of a drive to pick up more business the US.

Mr Kearns, the company’s chief executive, said Xtremepush remains interested in bolt-on acquisitions of €2-€5 million. He said its relationship with Beechbrook, however, means it now has “firepower” for larger buyouts.

“We were always interested in bitesize deals, but now the bites can get bigger,” said Mr Kearns, who used to play rugby for Connacht.

The business was founded in 2014 by Mr Kearns and his business partner, Kevin Collins. It specialises in selling software to other businesses to facilitate direct digital marketing to customers, over the internet and also via SMS or text messages. Its clients include McDonald’s, Paddy Power Betfair, AIB, Leinster Rugby and the company that publishes The Irish Times.

In addition to its Dublin headquarters, the business has offices in several central and eastern European cities, as well as Turkey. Mr Kearns says the Beechbrook cash will also be used to enlarge its European operations.

He said the business had been “bootstrapped” or financed through its own resources since its inception but the Beechbrook relationship will take it to a new phase in its growth strategy. He said the company had already held talks with potential acquisitions, but “nothing deep enough yet” for a deal.

Mr Kearns says the business aims to build its annual recurring revenues (a key software industry metric for reliable, contracted sales) to €40 million over the next three years. The group has so far only filed files abridged accounts with the Companies Registration Office that do not outline group sales. Mr Kearns says it has been profitable since the business was 20 months old.

“Our strategy is to continue to grow Xtremepush organically and through acquisitions,” said Mr Kearns. “For example, we are looking at potential deals in the area of machine learning. We’re also going to put boots on the ground in New York.”

The business employs about 65 staff, the majority based in Dublin although most are currently working from home during the pandemic.