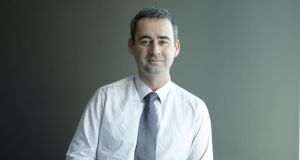 Michael Malone: “We all lean towards the workaholic side of things. I suppose we have our dad to thank for that.”

Customer service has always been the cornerstone of Michael Malone’s business ethic, from the time he started digging ditches for his father’s fencing business as a teenager to his current position as chief executive of one of Australia’s largest internet service providers.

Malone left O’Callaghan’s Mills in Co Clare in 1974 at the age of eight, travelling to Perth with his parents and two brothers on an assisted migration programme known as the Ten Pound Pom scheme, which was designed to increase the Australian population in the aftermath of the second World War.

Malone’s father, an unskilled labourer, set up a fencing business from their new home, working 6½ days a week to make it a success. “It was very much a family operation, my mum in the trench with the kids at her side, and dad putting the fences up,” he recalls.

“There was no line between work and home growing up. Customers would be dropping in all the time to pay bills or get quotes, and the phone would be ringing through the night.”

His father’s hard-graft attitude towards running a company made an early impression on the young Malone and his two brothers, and all three now run their own businesses. “We all lean towards the workaholic side of things. I suppose we have our dad to thank for that,” he laughs.

While studying for a bachelor of science at the University of Western Australia, Malone was “inspired to be a teacher by a teacher”, and went on to complete a diploma in education. He approached his graduation in 1993 with every intention of working in a school, but began to panic about how he would cope without access to the internet, which he had become “obsessed” with but which was only available on university campuses at the time.

“It was about A$25,000 a year to get a 14kb dial-up link to the US, which I could never pay on a teacher’s salary,” he says. “I worked out that if I could get 200 customers to pay $25 a month, that would be enough to cover the costs. A few other uni graduates chipped in and told others.”

Malone moved out of his rental property and back in with his parents, so he could install enough phone lines in their garage to keep his internet operation, iiNet, going.

“Myself and my business partner lived hand-to-mouth for the first few years, but the company was growing as more people wanted to get connected,” he says.

In 1997, Malone bought his partner out of iiNet for $2.5 million. “Our revenue by then was about $4 million with about 5,000 customers. I had only $15,000 worth of equity in my house, so I ended up borrowing heavily. The business was cashflow negative, but the bank took a risk and loaned me the money.”

Malone couldn’t afford to pay back the loan alone, so the company was listed on the stock exchange in 1999.

“We started buying up our competitors, most of whom had entered the sector as hobbyists. As their businesses started to grow and they had to deal with customers, manage staff and handle cashflow, a lot of them went bankrupt or sold out. ”

iiNet began to build its own infrastructure and rolled out high-speed broadband before any other company was offering it. This allowed it to acquire more customers, and it soon spread throughout Australia.

Today, the company operates on about $1 billion worth of revenue, with a million customers and 2,500 staff spread throughout Australia, New Zealand and South Africa.

Industry accolades
“I started the company because I think the internet is really cool, and it is still all about innovation, about getting new technology out into the marketplace,” he says. “The mantra of the company is to lead on product but differentiate on service.”

Customers are constantly surveyed on the service they receive, and about one-third of all staff salaries, including Malone’s, is based on this feedback.

“We require everyone we hire, from customer service staff to accountants to engineers, to have experience in hospitality. We don’t care if it is the local fish and chip shop, as long as they have some experience of dealing with people face to face,” he says.

His dedication to customer service has won Malone numerous industry accolades, including the CEO of the Year award from the Customer Service Institute of Australia in 2009, and the Australian Ernst & Young Entrepreneur of the Year Award in 2011.

As a member of the Irish West Australia Business Association and the Australian chapter of the Irish Institute of Chartered Accountants, Malone’s links to the Irish community in Perth are strong.

He still returns to Co Clare every summer to visit his 86-year-old grandmother. “Some people joke that iiNet stands for Irish internet,” he says. “I’m still very much an Irishman.”