Web Summit has ‘crash pad’ in Dublin due to housing crisis 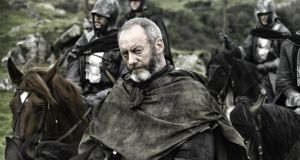 Liam Cunningham, who plays Davos Seaworth in ‘Game of Thrones’, will speak at the Web Summit 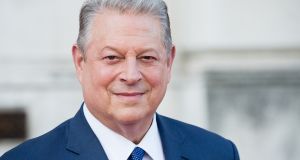 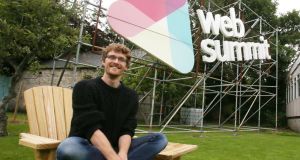 The company behind the Web Summit has a permanent six-bedroom “crash pad” for new employees arriving in Dublin as part of efforts to circumvent the housing crisis, its chief executive Paddy Cosgrave has said.

Mr Cosgrave was speaking on Tuesday after announcing that former French president François Hollande, former US vice-president Al Gore and European Competition Commissioner Margrethe Vestager will be among the speakers at this year’s event in Lisbon.

The Web Summit, which is Europe’s largest tech event, also announced plans to increase its workforce by an additional 40 employees over the next six months in a range of roles, from engineering to sales.

The jobs will be based in Web Summit’s Dublin headquarters as well as in San Francisco and Hong Kong. However, Mr Cosgrave said there was a “challenging environment” for companies looking to expand in the State.

“This [began as] a boot-strap start-up, and at the start you’re just grateful for a few people who are finished college and will come and work for you for money that you wonder how they could possibly rent anything in Dublin,” he said.

“Certainly, now, they couldn’t possibly live in Dublin. To circumvent some of the challenges of relocating to Dublin at the moment, we have a six-bedroom house, which is a permanent crash pad for people arriving.

“It at least gives them about four weeks where they don’t have to worry about trying to negotiate somewhere to rent. I’ve no doubt other companies are doing something similar as well. It’s quite a challenging climate.”

Mr Cosgrave said the problem would not be solved in a timely manner due to the “great business opportunity” it provides for wealthy individuals.

“One of my housemates works for a hedge fund,” he said. “I think he’s quite clear on the challenge. When a problem is just so profitable, it is unlikely to be resolved with any great haste.

“Unfortunately – and it’s tragic – homelessness is out of control. But, the immediate solution to that problem is very unprofitable for people who I don’t think vote for Sinn Féin. They tend to own hotels and hostels, and I think vote for another type of party.

“I think the homelessness problem is a human tragedy, but it’s a great business opportunity and it’s being exploited by people who are very favourably disposed to some more traditional parties.”

Ms Cosgrave said he met with Taoiseach Leo Varadkar at the recent U2 concert in Croke Park. “We’ve a great working relationship,” he said.

“I was at the latest U2 concert with Leo and spent a good bit of time chatting to him. There’s lots of very positive dialogue going on and we’re working in lots of different ways to help each other.”

However, he added that the cost of living in the Republic made it “a very difficult climate for Irish companies to grow”.

“When the cost of living, which is the single biggest cost of living for employees, is unusual, it makes it more challenging for companies to remain competitive,” he said.

The latest speakers for Web Summit 2017 include: