Positions due to be filled by year’s end, bringing to 45 number employed at the Cork firm 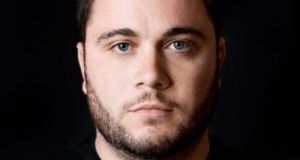 David Coallier: “All over Ireland now we are producing great indigenous tech companies that are taking on world markets.”

The new jobs will bring to 45 the number of people employed at the start-up.

Barricade was founded by David Coallier seven months ago. The firm offers intrusion protection to its clients, identifying potential security threats and acting as an early warning system against attempts at breaching server security.

The product will be officially launched on July 7th.

“All over Ireland now we are producing great indigenous tech companies that are taking on world markets. As Corkman Liam Casey [CEO of PCH International] has been telling us for years now – geography is history when it comes to great software,” Mr Coallier said.

“We have managed to put together a world-class team of developers in Cork and look forward to building that team further after unveiling our product next week.”

Mr Coallier was co-founder of Orchestra, which was sold to EngineYard. He also cofounded Kwikdesk and was one of the initial investors in Intercom and TrustEv.

He is hoping to change the surety sector with Barricade’s business model, which offers Intrusion Detection as a Service.

“The security sector has been left behind in terms of design as it has struggled to meet global threats and challenges,” he said. “For now we’re working on servers, but in the future, we are going to be on any device. The Internet of Things is coming rapidly and to be trusted by everyone, it needs to have security intrinsically built-in – we are building what is to be the new era of security products, and we’re going to make everyone benefit regardless of whether it’s your cloud server, your internet-enabled car, or your heating system that you will control from your phone.”