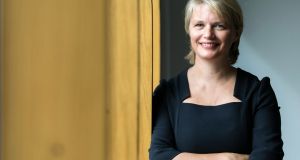 Twitter has appointed a new managing director, with Sinéad McSweeney taking up the role.

Ms McSweeney is the current vice president of public policy and communications for the Europe, Middle East and Africa region.

Twitter announced on December 1st that outgoing managing director Mark Little was stepping down, less than six months after he took up the role. Mr Little said he was presented with a number of options, including a move to the United States, but chose to part ways with the company.

Ms McSweeney joined the company in 2012, following a stint as director of communications for An Garda Síochána from 2007 to 2012. Prior to that she held a similar role with the Police Service of Northern Ireland.

She has also held a number of political advisory positions in the Irish government, serving as special adviser to two attorney generals, David Byrne and Michael McDowell.

Ms McSweeney is a qualified barrister, and studied law at University College Cork.

“Having been one of the first members of the Twitter team in Ireland, I have watched the office grow and its people develop over the past four and half years,” she said. “The challenge of leading this great group of people through the next phase is one that I am excited to embrace.”

“She will bring this wealth of experience to the role of managing director of our EMEA headquarters in Dublin and I have no doubt that she will be an inspirational leader for the team,” he said in a statement.

The social network is currently in the process of shedding hundreds of jobs as part of a restructuring process that will see some of its main roles move out of Europe. The loss-making social network announced in October that it planned to cut 9 per cent of its workforce, amounting to about 350 roles. It employs about 200 people in Ireland.

Among the high profile departures in recent weeks has been Twitter’s chief operating officer Adam Bain.

1 Why gift a son now if it eats into his tax-free inheritance threshold?
2 Can we finally say farewell to the scourge of hot-desking?
3 Dispute over €2.95m sale of Georgian property struck out
4 Big Four told to outline plans for audit split in UK by October
5 Ballymore acquires London shopping centre for €83m
Real news has value SUBSCRIBE