Top tech and gadgets for your summer travels

A guide to festival phones, Kindles, portable speakers and tech to entertain the children 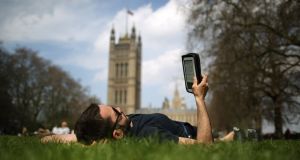 If you are planning on doing a lot of reading on holiday, you might want to consider a Kindle. Photograph: Peter MacDiarmid/Getty Images 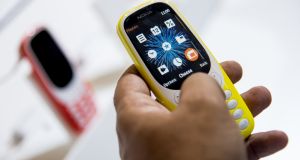 The new Nokia 3310 has excellent battery life and if you happen to drop it in the mud at a festival, it won’t break the bank. Photograph: AFP/Getty Images 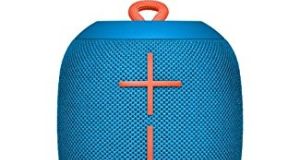 UE Wonderboom: compact speaker punches above its weight and its price tag, giving out decent sound especially for its size 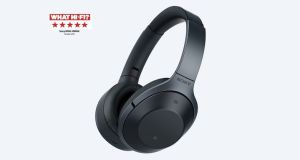 Improve your smartphone’s camera with the Olloclip lens kit 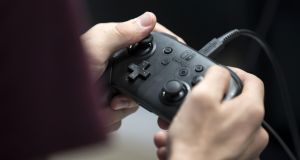 Nintendo Switch: get a couple of child-friendly games and your little ones will be happily entertained playing this handheld device, which can also be connected to TVs

Summer is upon us, and that means everything from festival weekends to full-on family holidays. So what technology essentials should you seek out to make sure your trip goes as smoothly as possible?

If you are planning on doing a lot of reading on holiday, you might want to consider a Kindle. Yes, you can get an app for your tablet that allows you to read books from your Kindle account, but the Kindle is tailor-made for ebooks. That means it has a battery that far outlasts any tablet on the market, and if you go for the Kindle Paperwhite version, you can beat the glare too. The Kindle Paperwhite has a backlight that will help you read even in bright sunlight, and you can buy books directly from your device if you run out of reading material.

If that’s too much to think about, the good news is that more and more devices are dustproof and water resistant these days. Gone are the times when knocking your phone into the sink – or, worse, the toilet – meant days of drying in the hot press in a bag of rice only for it to end up in disappointment. Now you can roll up your sleeves, fish it out – and rinse it off if necessary. That means it is relatively safe to have around the pool too.

But a word of warning about your tech and water: don’t get too cocky even if you have an IP-rated phone. The issue of IP ratings isn’t as clear as it should be. The basic premise of the code is that the first number refers to dust protection, the second is water protection. So, for example, you generally want to aim for a dust-protection rating of IP6X, and a water rating of IPX7 to ensure your device can defend itself against the sand on the beach and an accidental dunking in the pool. So if it’s protected from dust and water resistant up to 1 metre for 30 minutes, it will carry an IP67 rating. Simple?

But here is where it gets (more) complicated. Just because your phone is rated as IPX8 for water – the highest water rating out there at present – it doesn’t mean it has conformed to ratings below that, some of which which cover protection against jets of water.

So while your phone may survive a dip in fresh water, a hot tub may still cause water damage. For that, you need a device that conforms not only IPX6 ratings, but also IPX7 or IPX8. That’s before you take account of the fact that most of these tests are conducted with fresh water, so salt water could cause you a problem. Also, if you drop your phone or damage it in any way, you could compromise its water resistance. So your device may feature several IP codes in its specification – and generally speaking the more the better.

The safest thing to do is leave the delicate electronics at home. But if you don’t want to do that, you still have options.

There are plenty of cases that claim to be dust-, shock- and waterproof. So if you have a tablet or a smartphone that you are planning to bring on holiday, you can with some protection. Take a look at Urban Armour Gear, Lifeproof or Otterbox cases.

The cheapest solution is to put your electronics inside a Ziplock bag and close it up. It will keep the worst of the sand away from it, and provided the bag is intact, keep out the water too.

One thing to note is that electronic devices like tablets and ereaders don’t like to be left in direct sunlight for too long. So keep it in the shade as much as possible to avoid overheating impacting your device’s performance.

Think back to the days before touchscreen smartphones, when batteries lasted days on standby and had hours of talk time. You could charge your phone once every few days and that was the norm; in today’s world, it’s a cause for celebration if you find a smartphone that lets you go a couple of days in between charges.

It’s a simple fact that we are demanding more of our devices these days. From smartphones doubling up as a camera to acting as an extension of our social lives, it’s no wonder that their batteries last barely a day. It’s not ideal when you are travelling or at an event where ready access to a power outlet is scarce.

The company that now makes Nokia-branded phones, HMD Global, last year re-released the 3310 with a more modern twist. The handset now has an internet connection and a camera, but still has a tiny screen. Plus it still comes with snake, so you can kill your battery playing that instead. But for the most part, it will last longer than your average smartphone, and if it falls in the mud, it’s not the end of the world. This year’s re-release is the 8110, also known as the banana phone.

These phones never really went away though; they just weren’t popular in certain markets. But “feature” phones have still been very much on the market in emerging economies. Now, you can pick one up at your local phone shop.

You have two options here: buy cheap in case they get destroyed, or invest a little more and buy something that has a better chance of lasting the distance.

The former may be tempting, and there are plenty of sub-€40 and even sub-€20 speakers around. But it won’t be such a bargain if you have to buy another speaker in a couple of months, plus electronic waste is a growing global problem.

If you want something that won’t break the bank but still sounds good, try the UE Wonderboom. This compact speaker punches above its weight and its price tag, giving out decent sound especially for its size. It is water resistant too and if it falls into the pool, you won’t have to fish it out of the deep end: the Wonderboom floats on the surface.

Sony offers a number of speakers in the mid-price range that are portable and water resistant, including the XB1. But if you have a bit more cash to splash, look at the SoundLink Revolve+ speaker from Bose. It’s a 360 degree speaker with a 16-hour battery life and water-resistant body. Not only will you be impressed by its ability to resist the more run of the mill Irish “summer”, but it is rubberised and able to take a few knocks.

To take Sartre out of context: hell is other people. And nowhere is that more accurate than in close confines while travelling. It doesn’t matter if it’s a daily commute or a holiday trip. Other people are noisy and intrusive.

Noise-cancelling headphones are the best option here. Over-ear fans should look at the Sony MDR 1000X; in-ear fans, the Bose Quiet Control 30. They won’t block everything, but they certainly dull the background noise and make it all a bit more bearable.

What is a holiday without the inevitable 3,768 photographs being uploaded to Facebook? Did you even leave the country if you don’t post an expertly framed and filtered photo of you staring at the sea, contemplating the insignificance of your existence?

And why limit sharing your holiday with your Facebook friends, acquaintances and relative strangers? You can invest in a portable photo printer so you can share your prints with everyone, even if they have cried off social media. The HP Sprocket (€150) prints 2in x 3in sticker prints that you can share with the world. Or you can go old school with the Fujifilm Instax Share SP3, which turns your photographs into retro-feeling polaroids.

Trains, planes and automobiles; all of them are ripe for inducing boredom in the younger members of your family.

The Nintendo Switch is a games console that can be connected to a TV, or as a handheld device in the car. Get a couple of child-friendly games and your travelling will be a little less fraught and filled with plaintive cries of “are we there yet?” Though we take no responsibility for the inevitable row when someone goes 30 seconds over their allotted time on a shared console.

The second option is the trusty tablet. Yes, you can level accusations of lazy parenting, but it buys you a few precious seconds of peace, and fellow passengers will probably thank you too. Team it with some child-friendly headphones – try Snuggly Rascals for headphones that won’t break if they’re stood on – and your children will hopefully remain entertained throughout whatever journey you’re undertaking.

Last year, one essential item on a sun holiday was the La Roche Posay’s My UV Patch. This wearable sensor was thin enough to feel similar to skin, but had a pigment that changed according to its UV exposure. The idea was to position the patch somewhere on exposed skin so it would get the same exposure to the sun as you did. By using a smartphone app to scan the patch at regular intervals, you could gauge if your sun exposure was a problem and make changes to your daily habits accordingly.

The updated version that L’Oreal announced at CES this year can be placed on your finger nail, but that hasn’t hit the market yet.