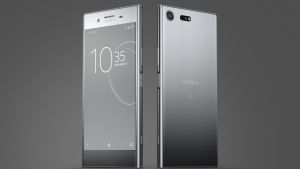 Take a scroll through your various social media accounts and you will find them awash with video content. Facebook reports that its users watch 100 million hours of video a day, and this is where Sony is hoping to steal a march on Apple and Samsung with its new flagship phone the Xperia XZ Premium.

However, this ability to shoot high quality slow motion footage comes with a caveat – it can only be done for 0.2 of a second, resulting in six seconds of slow motion footage when the user plays the video back. So while it is possible that a trigger-fingered XZ Premium user may capture some slow-mo eyewitness footage of the next great news event, it is also highly unlikely.

Sony is hoping its video superiority will capture the imagination is in the sporting and leisure community – imagine being able to see every nuance of your golf swing at 960 frames per second or capturing your children diving into the water on summer holidays. The possibilities to create excellent Instagram and Facebook-friendly video content are seemingly endless.

While Sony rightly wishes to highlight the XZ Premium’s video capabilities, its slow motion function feels a little gimmicky. A nice feature, but not likely to be used every day.

Sony may find more joy with the XZ Premium’s still image capabilities. The camera is 19 megapixels, which is seven megapixels more than the Apple and Samsung, although their main competition offer a lower aperture lens. On paper there is not that much to choose between the three, but Sony hopes that by utilising technology from its Cybershot cameras it may give it an advantage.

What it has done is take the memory tech sensor from the RX 100 Mark IV camera and place it in the XZ Premium phone – the resulting high-speed scanning capabilities combined with 19 megapixels results in low-light images that reduce noise and capture information in what Sony calls “a more natural way”.

When capturing a scene lit by candlelight – traditionally tricky for phone cameras – I was immediately struck at how true to life the detail was, and that there was no flaring of the candle flame.

Sony has really come into its own with the screen, boasting a world first 4K HDR display – think of a Bravia TV in your pocket. The 5.5 inch display boasts a resolution of 807 pixels per inch, which is double the resolution on the iPhone 7 Plus and nearly 300 pixels more than the S8+. The level of colour and sharpness is an exciting step forward for mobile phone technology, and is one area where Sony can unequivocally claim to be the market leader .

The good Sony’s expertise has created a phone jam-packed with features and cutting edge technology, including the ability to play a Playstation 4 remotely and predictive capture photography. The internal 64-gigabyte memory can be increased up to 256-gigabyte with a micro SD card. The not so good It doesn’t come cheap, with prices ranging from free to several hundred euros depending on your network provider and payment plan. Alternatively you can go direct to Sony with the XZ Premium retailing at €749 online.

While the high shine reflective finish t may look the part, you will find that the Gorilla Glass, both front and back, is a magnet for finger prints that over time leave your mobile phone looking and feeling a little grubby.

Also, one thing that always struck me when holding the XZ Premium was that while the main body is finished to a high standard the plastic edging on the sides leaves the XZ Premium feeling, well, a little less premium than it should. This is disappointing when considering this is the flagship of the Sony mobile range.

Verdict A very worthy adversary to the iPhone 7 and S8. If you’re a snap-happy phone user who likes to be at the forefront of technological innovations then the Sony XZ Premium may well be the phone for you.