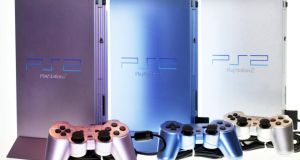 If the PlayStation 20th birthday party could be described in one word, that word would be “nostalgia”.

Various corners of the venue were decorated to resemble living rooms from PlayStation’s different eras (with VHS tapes, CDs and dance mats), while each machine had classic games loaded and booted up, from Crash Bandicoot to The Last of Us. The tagline from the ongoing PlayStation 4 ad campaign, “This is for the players”, adorned the walls.

Dubliner Fergal Gara is the vice president and managing director for Sony Computer Entertainment UK and Ireland. He admits that the console’s lifespan, with its ups and downs, has been a learning experience.

“One thing I’ve learned is how rapidly things can change technologically,” he says.

“Looking at the launch of the PlayStation 4 last year, it’s quite amazing how quickly sales of PS3 dropped off. I guess you can’t have the two together, but PS4 has gone into orbit and PS3 settled down far, far faster than say previous generations.”

Last year’s launch of Xbox One and PlayStation 4 saw the Sony machine as the clear victor for now, with reportedly twice the sales of Xbox One year-on-year (official numbers are unavailable).

“It’s not for me to comment on Xbox, but we’re very proud of how gamer-focus was in our thinking long before E3 [2013]and still is,” says Gara.

“I think that was a great call. It’s true to our heritage – we’ve been for the players for 20 years now, so we have every right to say that it’s our first focus. And it’s going to be our first focus forever.”

“Of the many things PS4 can do, we wanted the gaming experience to be front and centre, the most important thing. Everything, from how long it takes to boot up a game when you take it out of the box to the power and how it’s harnessed, was [focusing on] gaming first.

“But on day one it had a plethora of entertainment services and only [this month] we launched TV from Sky on PS4. We’re quieter on these things. It is an all-round entertainment box, and will continue to improve as one, but what we’re most proud of and most focused on is the gaming experience.”

“I think we’re very happy to accept that there were things in the PS3 era that if we had our time again we would’ve done differently,” says Gara.

“Things like coming to market a bit on the late side, we certainly came to market on the expensive side, so there are two things that we improved upon by the time we got to PS4. So we had our list of things we weren’t pleased with and wanted to improve upon, both from commercial perspective and from developers’ perspective.

“Another great example is that the tools to develop games for PS3 in the early days weren’t particularly easy, so we were making life hard for major stakeholders in our industry. So again, that was on the tick list for things we wanted to do better, and thankfully we have with PS4.”

Would Gara agree that it takes a few years for games consoles to reach their potential, as developers learn to make the best of what it can do? “History tells us that’s definitely the case,” he says.

“I’ll give you a great example: two of the best titles of the PS3 era, and possibly the highest Metacritic scores would be Grand Theft Auto 5 and The Last of Us, and they both came out last year. It showed that developers learned to push the boundaries of the platform over a fair old time. And the best work can come towards the end [of a console’s lifespan]. If that’s an indication of what we can see with PS4, it’s going to be truly amazing in five years’ time.”

This is perhaps the greatest paradox of gaming: the industry is defined by invention and advancement but while new versions of tablets, phones and PCs roll out every year, one year old is still very early days for a console like the PlayStation 4. From 1994 on . . . PlayStation milestones 1994 The PlayStation launched in December of that year, taking on the Super Nintendo. Sony’s machine eventually sold more than 120 million units.

2000 The PlayStation 2 stole a march on its competitors by hitting shelves before the Dreamcast, Xbox and Nintendo Gamecube. PlayStation 2 is arguably the most successful games console in the world, having shifted more than 155 million units, though that market dominance was short-lived. 2006 Despite boasting more horsepower than its competitors, the PlayStation 3 could be viewed as a financial disappointment. Its sales were stymied by a relatively late release and by being the most expensive console on market. However, neither Sony’s new console nor the Xbox 360 could compete with the Nintendo Wii, a genuine phenomenon, which broadened gaming’s appeal and eventually sold more than 100 million units.

2013 The launch of PlayStation 4 was more confident than that of closest rival, Xbox One, winning a PR war and easily outselling Microsoft’s machine for Christmas 2013. But Xbox One has since gained ground and the battle is still very much in progress.

3 After the vaccine, will your company want you back in the office?

4 Tourism needs to shift to ‘a more ethical model’

5 Lend an ear to dissenters and sceptics who fear consensus