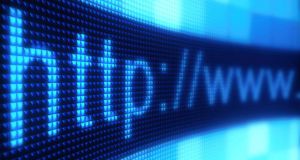 DSL technology invented by Joseph Lechleider made it possible to bring high-speed internet service to millions of households.

In the late 1980s, Joseph W Lechleider came up with a clever solution to a puzzling technical problem, making it possible to bring high-speed internet service to millions of households. His idea earned him a place in the National Inventors Hall of Fame as one of the fathers of the internet service known as DSL.

Mr Lechleider, who died on April 18th at his home in Philadelphia aged 82, was an electrical engineer at the Bell research laboratory, Bellcore. At the time, the phone companies wanted to figure out a way to send signals at high speed across ordinary copper wire into homes, mainly to compete with cable television companies and offer interactive video services.

Applying digital technology was the best route to sidestep the limitations of copper wire, but there was still a barrier. When the data speeds in both directions – downloading and uploading – were the same,electrical interference that slowed data traffic to a crawl.

“Joe Lechleider’s idea was a simple, elegant solution to the problem,” said John Cioffi, an emeritus professor of electrical engineering at Stanford University. “His contribution was essential to the development and spread of the internet.”

“DSL allowed the phone companies to milk another two decades out of their copper infrastructure,” said telecom analyst Craig Moffett.

Lechleider was not an early adopter of internet technology. But when he signed up for high-speed service, he chose cable. Yet his son recalled first getting DSL service years ago in his own home and, realising how much faster it was than dial-up service, thought of his father.