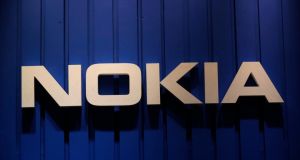 Nokia plans to spend $100 million backing companies that develop intelligent-car technologies, joining the likes of billionaire Elon Musk and Google in betting that future vehicles will be smarter and more connected.

The investments, to be made by a new Nokia fund, are meant to support the mobile-technology company’s digital-map business, Nokia said today. It’ll be run by Nokia Growth Partners, the venture-capital arm that manages about $700 million.

Nokia is rebuilding itself and expanding to new fields after selling its mobile-phone unit to Microsoft for about $7.5 billion last month.

While Nokia now gets most of its revenue from wireless-network equipment, the company is also seeking to make its maps business a stronger competitor against rivals including Google.

“We’re seeing innovation that’s happening across the auto ecosystem through the combination of mobility and the Internet,” Paul Asel, a partner at the Nokia venture-capital arm, said in an interview. “The car is really becoming a platform like when the mobile handset became a smartphone and all the apps and services developed around that.”

Nokia is discussing the new fund today at the Global Mobile Internet Conference in Beijing.

Google, operator of the largest Web-search engine, has been testing driverless cars in the US. Toyota said in October it will introduce systems in about two years that will enable cars to communicate with each other to avoid collisions. General Motors Co. is planning vehicles by 2020 that will be able to drive themselves on controlled-access highways.

Musk, who leads Tesla Motors, said a year ago the electric-car maker is considering adding driverless technology to its vehicles, calling it a logical step in the evolution of cars. Tesla vehicles already include Internet access and connections for services such as roadside assistance and stolen-vehicle location.

“People tend to look at BMW, Tesla and Google, but we think of this as a global play,” Mr Asel said. “There’s also innovation happening from a different perspective in China and India that impacts how this plays out. Some of these car manufacturers may adopt services faster than the established ones to gain a foothold.” – Bloomberg