Review: With the Irish-made net safety app, you can control your child’s online activity 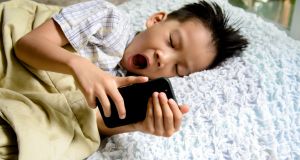 You can cut off mobile internet access at meal times, or when they are supposed to be studying or asleep but iKydz tells you they are on YouTube 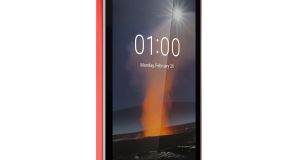 Have you considered giving your child a mobile phone? And at what age do you consider them responsible enough to have access to one? It’s a question that most parents of younger children will have to answer at some point in the near future. But there are concerns, not least exactly what your child will get up to online with their own phone.

Enter Nokia and iKydz. The mobile phone brand has done a deal with the Irish company to provide three months of the mobile version of the iKydz software free of charge when you buy the Nokia 1.

There are two elements to this package: the phone and the software. In effect, it’s “budget phone meets ever-watchful mobile nanny”.

As a first phone, the Nokia 1 does well. At €50 on prepay or €90 sim-free, it doesn’t cost the earth. It covers all the basics: a 4.5-inch screen, a 5-megapixel main camera, and a 2-megapixel selfie camera. This is an inexpensive phone, so there is nothing about the spec that would give the expansive Samsung S9 or the Huawei P20 Pro a run for its money but, for the price, it does ok.

One area where you may want to invest a little more is the storage. The Nokia 1 runs Android Oreo Go edition, which means the software takes up less space and runs faster than the standard version would on the phone. That’s important because there is only 8GB of onboard storage, and although it can be expanded with a memory card of up to 128GB in size, usually 8GB of space and 1GB of RAM will eventually mean performance suffers. The Go edition software aims to solve that problem; there are also Go versions of apps such as YouTube. The problem is, though, that you’ll eventually want to install apps that don’t have lighter versions.

The Nokia 1 also has swappable covers. If you are a certain age, you may remember the excitement of Nokia’s Xpress-on covers, simply because you could customise the look of your phone. This is another version of that; also, it’s a handy way to make the phone look like new when it is inevitably scuffed.

Equally important is the iKydz software. Designed to filter out all the rubbish your child may come across online, the iKydz Mobile software is another layer of protection for your child. You can block sites, filter content according to age restriction, and monitor what your child is getting up to from an app on your phone.

It’s easy to set up. The parent downloads the iKydz app on to their own phone and activate the subscription which comes in the box by scanning a QR code. Then the child’s device is registered – in this case the Nokia 1 – through their mobile number. That triggers the sending of a link to download SaferK. that needs a few permissions - the app talks you through it - and then it disappears from sight; the only evidence is a key icon in the top corner of the screen. On the parent app, the child’s device will appear in the mobile section, and you have full control over internet access on it.

Nokia gives you three months of protection; after that it will cost you €5 a month for up to three devices.

With one click on the parent app, you can cut off internet access, for example at meal times, or when they are supposed to be studying or asleep, but iKydz tells you they are on YouTube. They can’t even get around it by deleting their internet history because the app notes everything, accessible if you log in via a desktop web browser. It feels a little like spying, but for good reasons.

It also works as a handy locator for your child – you can track their location through their mobile device as long as it is turned on and able to communicate with the mobile network.

Of course, you can install the iKydz software on any Android handset; it’s not exclusive to the Nokia 1, and Nokia also does a similar deal for the Nokia 2.1 handset. However, it makes it easy to use if you have everything in the one package.

There are issues around privacy for your child, and that is a conversation that parents will have to have with their children as they see fit. But for younger mobile users, iKydz offers a degree of peace of mind.

But what if your child is particularly tech savvy? Uninstalling the child app - SaferK - isn’t impossible, but it’s not easy either; you need access to the parent account to unlink the phone, and a confirmation email with a verification code will be sent to the parent’s registered email address. That’s a lot of track covering to do, and the subterfuge would be discovered as soon as the parent app is opened.

If you are looking for an easy way to monitor and control your child’s internet usage, iKydz Mobile fits the bill. It’s relatively inexpensive, and you can control up to three Android devices. Teaming it with the Nokia 1 means parents can get an out-of-the-box solution for keeping an eye on their kids, plus it is easy to set up. It also works outside the house.

iKydz Mobile is not a substitute for keeping a close eye on what your child is up to online, or having a tough conversation about what is acceptable for them. It can take a few minutes for the restrictions to kick in; what’s not immediately clear though is that this will also cut out access to wifi, so it doesn’t matter if your child is in the house or out with friends - their access is in your hands.

There is no iOS version of the child app yet, but it is due very soon (or so I’m told).

This is only a start for parents, with three months of access to the mobile filtering app included. After that, it costs €5 per month, but you can install it on three devices.

A pocket-friendly compromise for parents who may be concerned about handing over mobile phones to younger children. But nothing is 100 per cent safe, so don’t rely blindly on iKydz to monitor everything your child does on their phone.