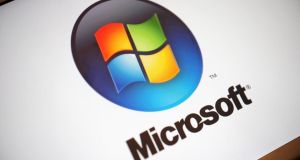 The dispute dates to December when a federal judge in New York granted the search warrant as part of a criminal inquiry into a customer of Microsoft who has not been named publicly.

Technology giant Microsoft is resisting a search, backed by a US government warrant, of a customer’s email stored at a data centre in Dublin as part of drug-trafficking investigation.

In what is thought to be the first time that a US company has contested a domestic search warrant seeking digital information held overseas, Microsoft is trying to stop prosecutors getting hold of emails stored at a data centre it has operated in Dublin since 2010.

The centre is one of about 100 such facilities operated by the company in 40 countries.

The dispute dates to December when a federal judge in New York granted the search warrant as part of a criminal inquiry into a customer of Microsoft who has not been named publicly.

Microsoft, which operates the Hotmail, MSN and Outlook email services, argues that because the emails are stored in Dublin they are beyond the reach of a US search warrant and that if prosecutors wanted to access the emails, they should abide by mutual legal assistance treaties between countries.

at Boston College. Police sought the information as part of the investigation into the 1972 murder of Belfast woman Jean McConville.

Microsoft argued in a court filing last Friday that the US government had to comply with the laws of a foreign government in a case that highlights the gaps between advances in technology and domestic laws.

The judge referred to the challenges in this area, pointing out in his ruling that the US government may not be able to access such information at times and noting how internet giant Google had reportedly explored the possibility of establishing “true ‘offshore’ servers” – “server farms located at sea beyond the territorial jurisdiction of any nation.”

Microsoft submitted a four-page legal opinion by Michael McDowell, former minister for justice who was retained by Microsoft, in the New York court on Friday, telling prosecutors how they had to seek permission of an Irish District Court judge under the Criminal Justice (Mutual Assistance) Act 2008 to carry out a search warrant in Ireland.

“The government cannot seek and a court cannot issue a warrant allowing federal agents to break down the doors of Microsoft’s Dublin facility,” Microsoft’s lawyers pleaded in court documents.