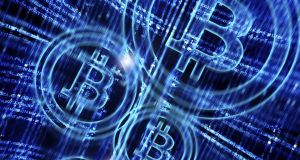 Because it removes banks as intermediaries for payments, BitCoin threatens a major function and income source for the institutions. This is especially true in the area of remittances

BitCoin. Is the story all over for the much-discussed cryptocurrency, or has it just begun? In 2014, stories about BitCoin and various, lesser-known cryptocurrencies – all of which are virtually “coined” through a complex “blockchain” process of solving massive mathematical equations (see panel below) – were everywhere.

Would the currency simply be a law enforcement nightmare, the financial fuel for the dark web’s money laundering, illicit purchases, drug deals and terrorist fundraising? Or was it the global, forgery- proof, pro-privacy legal tender of the future, money unshackled from nation state control?

Braun Brelin, an IT trainer and BitCoin consultant who lived in Ireland for many years and currently is based in Latvia, says part of BitCoin’s image problem is that people don’t understand what it is.

To critics who believe the currency is a giant Ponzi scheme, he is adamant that it isn’t. “The guys who got in early made money,” he acknowledges, but he says people invest in national currencies, too.

However, he and other proponents argue that BitCoin isn’t an investment vehicle but a currency. “There’s no promise here that you are going to get a return on investment. It’s not a Ponzi scheme.”

But financial institutions still haven’t quite figured out an approach to the cryptocurrency, though many now have internal study groups looking at it. Santander, for example, has a cryptocurrency working group.

“Banks see it as both a threat and an opportunity,” Brelin says, a classic disruptive technology.

Because it removes banks as intermediaries for payments – payments can be made directly and immediately between individuals – BitCoin threatens a major function and income source for the institutions.

This is especially true in the area of remittances, he says. Countries in Africa and South America are already beginning to use BitCoin for transferring cash, avoiding the significant transaction costs of banks and services like Western Union. But they also see the opportunity for becoming trusted centres for BitCoin accounts and transactions, especially after last year’s high-profile hack of one of the largest BitCoin repositories, Mt Gox.

Some 850,000 BitCoins were taken from people’s accounts – over half a billion dollar’s worth at the exchange rates at the time, and 7 per cent of all BitCoins in existence. And because one feature of cryptocurrencies is the anonymity of exchanges – and lack of an insured, intermediary institution – the stolen BitCoins are impossible to trace.

Santander certainly seems to think so. The bank co-produced a report published last week – the FinTech 2.0 report – that predicts the blockchain technology central to cryptocurrencies could save banks $15 to $20 billion a year by 2022 by removing intermediary institutions and speeding services.

It also suggest the blockchain’s built-in ledger system, which records every transaction permanently, has many other potential uses.

“In time, distributed ledgers will support ‘smart contracts’ – computer protocols that verify or enforce contracts. This will lead to a wide variety of potential uses in securities, syndicated lending, trade finance, swaps, derivatives or wherever counterparty risk arises,” the report states.

The Euro Banking Association made similar observations in a report issued last month. It noted the potential for cost savings and better financial products. Since last year, the venture capital sector has been pouring money into companies based around BitCoin and other virtual currencies.

Over $400 million went into such start-ups in 2014, according to analyst CB Insights, with nearly $300 million invested in cryptocurrency companies in just the first three months of 2015.

Several US states are also betting that cryptocurrencies have an imminent future. At the start of June, New York became the first US state to issue a cryptocurrency licence through its department of financial services.

The licence, called BitLicense, sets out financial codes, rules and regulations for financial services companies wishing to handle cryptocurrencies, referred to as virtual currencies in the licence. California also has legislation pending.

A key complaint is what Coin Center sees as overly burdensome regulation around money laundering concerns and inadequate privacy guarantees. Both issues are common points of friction between cryptocurrency advocates, and regulators and financial institutions.

Brelin thinks that mistrust and uncertainty will ease, the more banks and regulatory agencies look at cryptocurrencies and grow to understand them.

“[Virtual currencies are] a difficult concept to understand, but it also took a long time initially for people to accept paper currencies. Gold and silver coins contained their own value, but eventually people understood that paper could represent the same value.”

He expects the official EU push to shift citizens and businesses away from cash and towards digital transactions to be a major driver for BitCoin in Europe.

At the BitFin conference on BitCoin held in Dublin last summer – which drew some of the top international figures in the area of cryptocurrencies – experts said that one of the biggest bottlenecks slowing the growth of a BitCoin ecosystem was a lack of developers.

In response, Brelin has started to offer BitCoin developer workshops around Europe. The first was in Dublin, to be followed in coming weeks by workshops in Utrecht and Berlin, with a second Dublin workshop over the weekend of July 27.

The first Dublin workshop drew developers and some entrepreneurial types, he says.

The problems are so difficult that coins are minted very slowly, and the computing and energy costs of minting them are so significant that anyone trying to enter the mining business now would face costs that would outweigh the value of the coins they could mint.

Minted coins are randomly distributed to users, not to any financial or state institution. They are stateless and internationally useable.

Why do they have value? The short answer is, because increasing numbers of people have deemed thy have value.

BitCoins are exchanged through a built-in, direct process that requires the use of cryptography. This guarantees that both parties in a transaction are assured the other is genuine (even if anonymous) and that the BitCoin value actually exists (preventing forgery).

Also encoded, again using strong cryptography, is a record of the transaction itself. The transactions for every BitCoin are written into a massively distributed public ledger that anyone can view: the “blockchain”.

The advantages of such a system are that payments can be made immediately - without intermediaries like banks or processing delays – between two verified parties, and a transaction record of the transfer is permanently available.

A key disadvantage of the system is that if a payment is made to someone who turns out to be fraudster, there’s no way for the buyer to get that BitCoin back or know exactly where it went to.

Many believe the blockchain’s verified, inalterable public ledger has many other uses.

Honduras has just announced it will use blockchain technology from Texas company Factom to record land registry information.

Once land transfer information is locked in a blockchain, it cannot be changed, eliminating the problem of bribery, false transfers and forgery.

1 BOI customers to be charged twice with bank fees on New Year’s Eve
2 Irish designer of Oxford vaccine: ‘I’ve never worked so hard in my life’
3 Covid-19 will worsen housing affordability, report warns
4 Being polite in work emails is more important than ever
5 O’Flynn and BlackRock to double money with €100m sale of former HP campus
Real news has value SUBSCRIBE