Cantillon: has the crowdfunding website left it too late to make it big here? 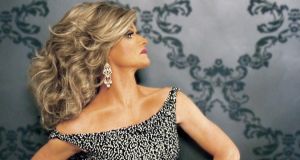 Panti Bliss. Among the rivals Kickstarter has in Ireland is Indiegogo, recently used by filmmaker Conor Horgan to raise more than €50,000 to make a documentary about the Irish drag queen.

There was much excitement among entrepreneurs, inventors and other creative types this week when it was announced that the world’s biggest crowdfunding website, Kickstarter, was launching in Ireland. But has it left it too late to make it big here?

Crowdfunding, for the uninitiated, is a mechanism for raising small sums of money from a large number of people through online platforms. It’s primarily used by creatives to raise money to record albums, write books or make movies, but increasingly it’s also used by start-ups to raise much-needed seed capital.

More than $1.3 billion (€1 billion) has been pledged through the Kickstarter website by some seven million people to help fund 69,000 creative projects around the globe since it launched in 2009. But while it has serious brand recognition here, it also has some major competition.

Among the many rivals it has in Ireland is Indiegogo, which was recently used by filmmaker and photographer Conor Horgan to raise more than €50,000 for a campaign to make a documentary on Irish drag queen Panti Bliss. California-based Indiegogo claims to have grown by 300 per cent in Europe over the past year and recently raised some $40 million to further fund its own growth.

Also proving popular with internet users here is Fundit, a crowdfunding website for Irish creative projects. The site, which is an initiative created by Business to Arts and supported by the likes of Bank of America Merrill Lynch and the Arthur Guinness Fund, has been quietly winning over fans.

The website has funded 704 projects in the past three years and has had €2.94 million pledged from all over the world. It says it has just had its most successful quarter yet.

“Our success rate has never dropped below 73 per cent and our unique selling point is that we provide lots of moderation to ensure project creators understand the fundraising process before they go live to give them the best chance of success,” a spokesperson for the site told The Irish Times.

“It’s worth comparing this to Kickstarter’s success rate, which is only 41 per cent, with just €1.7 million been pledged to the site from Ireland since they went live. Indiegogo’s success rate is about 34 per cent.”

With several crowdfunding websites fighting for attention and Kickstarter’s cause not helped by the fact that the domain name kickstarter.ie is owned by one of them, the company may have a fight on its hands in gaining traction here.

Perhaps a whipround may be required to help get it properly kickstarted in Ireland.