The Irish Game Makers Association has awarded more than €46,000 in scholarship funds to 25 of its members 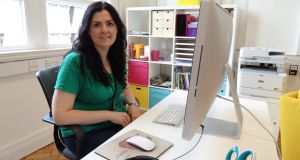 An unusually large number of Irish video game start-ups are preparing to go to the most important industry conference in the world, thanks in part to a new scholarship fund. The Game Developers Conference (GDC) in San Francisco, held in March, is “the number one conference in the world for game creators”, according to Colm Larkin of Gambrinous, an independent game studio. It released its first game, Guild of Dungeoneering, last July.

Larkin is on the board of Imirt (Irish Game Makers Association), the group that awarded more than €46,000 in scholarship money to 25 of its members. The awards, funded in part by the Game Developers Conference, will cover the all-access pass to the conference normally valued at more than €1,800.

That, along with travel and pricey San Francisco accommodation expenses, often makes it too pricey for independent game makers to attend.

Larkin thinks the small but burgeoning community of Irish game companies will benefit from the opportunity to meet international developers, partners and publishers. “If you’re just getting started, and that was me two years ago, you come back really inspired, with new connections,” he says.

At the conference two years ago, he was just giving up his software engineering job to make Guild of Dungeoneering. By last year’s conference, he was showcasing the game at a press event his publisher organised. A journalist from Gamespot Magazine sat down next to Larkin while waiting to try a different game. He tried Larkin’s game instead and that led to a glowing review in the publication.

“That can make a real difference to small developers like myself,” he says. “Standing out and getting people to know about your game, that’s the hardest challenge. Being able to go to GDC can open up that opportunity.”

Elaine Reynolds, founder and chief executive of Simteractive, received one of the scholarships. While at the conference, she will be meeting publishers for Eden Isle: Resort Paradise, a resort-building game for smartphones and tablets.

“Finding a publisher is really important because the app store is so crowded,” she says. “Having a great game is no guarantee of success, and one of the areas publishers assist with is the marketing and advertising side – to make sure a game reaches as many players as possible. We’re in the casual market, so we’re looking for a publisher who has experience in that area, ideally with a target market similar to our audience.”

Reynolds thinks the “very active, very supportive” game development scene in Ireland is growing fast. “There are loads of people making games in Ireland and I think people don’t realise that. Nearly every week you find out about a new company,” she says.

“Among the game developers in Ireland, there is a feeling that we’re all in it together. We are rooting for each other and want to see an Irish success story. It is a really active scene with lots of events, like Dubludo.”

Dubludo is a regular meet-up, usually in a pub, where people test out each other’s games, and there are many events like it. One of the newest groups bridging the social and professional is Cardboard Céilí, where developers play board games and get to know each other. There are more than 1,500 people in the Irish Game Dev Facebook group.

The scene is also attracting talent from abroad. The famed game-making couple, John and Brenda Romero, have relocated their studio to Galway. John is releasing an Irish-language version of one of his games.

It is also welcoming to new talent, such as Louise Adelaide McKeown, who started making interactive fiction games in 2014 during her final year at art college. McKeown is one of 12 International Game Developers Association scholars in the world and will have her entire trip to GDC paid for. She will be paired with an industry mentor at the conference.

That scholarship will allow her to attend the conference for the first time, something she would “never be able to afford” otherwise. “Realistically, I wouldn’t be able to go if I didn’t get the scholarship,” she says.

She hopes to meet people whose careers she has been “stalking on the internet for years”. She also wants to learn new skills and “get inspiration”.

One of the people McKeown hopes to meet is Nina Freeman, who will give a talk at the conference. Freeman has been described as “the punk poet of gaming”. “She has got a degree in poetry and she makes games all about her, and I obsessively read all of them,” McKeown says.