Irish households paying twice as much for broadband

Study shows Ireland failing when it comes to digital skills 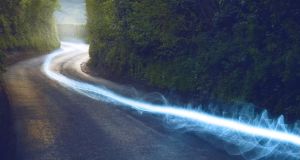 In terms of integration of digital technology by businesses, Ireland came in 3rd place overall, up 1 place compared to 2014

Irish households are paying close to double the EU average for broadband access, according to a new report that shows Ireland is lagging behind its European counterparts when it comes to digital skills.

Ireland ranks 8th out of 28 Member States in the European Commission’s Digital Economy and Society Index, which was published on Friday. This places Ireland in the ’medium-performance’ category, meaning it performs slightly above the EU average. Last year, Ireland was ranked in 11th place in the index.

In terms of integration of digital technology by businesses, Ireland came in 3rd place overall, up 1 place compared to 2014. This is above the EU average but the report’s authors added that businesses in Ireland could better exploit the possibilities offered by electronic information sharing and RFID.

In other areas, Ireland underperforms when ranked against its neighbours. In terms of broadband value, for example, the country ranks in 23rd place with households paying significantly more than the EU average for access. Ireland also ranked poorly for digital skills, coming in 20th place with only 53 per cent of people having the required skills to operate effectively online.

At 76 per cent, Ireland exhibits a rate of internet use amongst its population similar to that of the EU average.

With regard to internet connectivity, Ireland ranked 16th among EU countries. According to the index, 96 per cent of Irish households are now covered by fixed broadband - a type of high-speed Internet access where connections to service providers use radio signals rather than cables - and take-up of fixed broadband is at 62 per cent, below the EU average of 70 per cent. This places Ireland in 19th place in terms of fixed- broadband use. Mobile broadband take-up increased from 67 per cent to 82 per cent between 2014 and 2015.