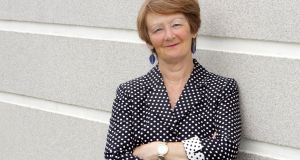 IVCA director general Regina Breheny said that since the onset of the credit crunch in 2008, more than 1,200 Irish SMEs have raised venture capital of €2.6 billion

First-round seed funding activity in Ireland fell by 58 per cent between 2010 and 2105, according to new figures published by the Irish Venture Capital Association (IVCA).

The VenturePulse survey shows Irish firms raised €522 million in venture capital last year, up 30 per cent on the €400.8 million achieved in 2014. As much as 92 per cent of the funds raised were for expansion purposes.

Funding activity has jumped by 80 per cent since 2010, the latest figures show.

IVCA director general Regina Breheny said that since the onset of the credit crunch in 2008, more than 1,200 Irish SMEs have raised venture capital of €2.6 billion, most of that from Irish venture capital fund managers.

While the Irish venture capital community continues to be the main source of funding for SMEs, more overseas investors are taking an interest. Last year, almost half of the total funds raised by Irish tech companies came from international investors, up from 33 per cent a year earlier.

Overall, some €241 million in funding came from overseas investors as against €132 million in 2014.

Some 18 per cent of the funds raised last year were by eight Irish companies who went directly abroad to tap finance, up from 13 per cent a year earlier.

1 Bank leaked my loan request to family who tried to rip me off
2 1,800 homes sign up as WiredScore rolls out build-to-rent certification
3 Ryanair and Aer Lingus monitor impact of coronavirus on travel to Italy
4 Boris Johnson's new immigration regime will damage much more than industry
5 Ires hires contractor to build more than 60 apartments close to Croke Park
Real news has value SUBSCRIBE