Firms team up to design products for US Record platform 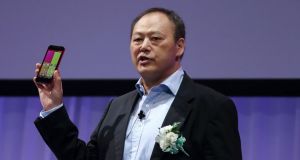 What does HTC have planned for Under Armour? We’re not entirely sure yet. The company has announced that it would work with the athletic equipment maker to design products that will work with Under Armour’s recently announced UA Record, but there is no indication yet exactly what the first product will be.

Under Armour has been working on its health and fitness network, Connected Fitness, which also includes the MapMyFitness applications. The UA Record app and site was unveiled at CES in Las Vegas.

HTC’s chief executive Peter Chou said the company wanted to help its customers gain deeper insight into their lives, and the partnership with Under Armour was a ne direction for the company.

On Under Armour’s side, there’s a team of designers, sports scientists and athletes that HTC can tap into. The company’s Connected Products division, along with its design and engineering teams, will work closely with Under Armour.

“We want our products to meet the needs of every individual – whether you’re training for a personal best in your next half marathon, or a professional athlete honing your performance with a full training staff behind you,” Mr Chou said. “So far, no company has been able to deliver this level of support and we feel we have a tremendous opportunity to disrupt and accelerate the development of this market.”