High-res audio: it’s coming soon to an ear near you

A new standard will give more detail and depth to your music, but it will cost you 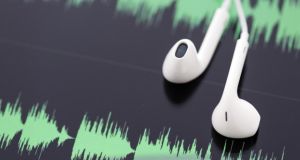 Digital music: mainstream for some time

Digital music has been mainstream for some time, with download services such as iTunes putting the music format into the hands of even the most staunch technophobes.

There are clear benefits to this shift. There is no waiting when a new album or song is released; you can download it in minutes and store it along with thousands of others on your tiny music player. Your entire music collection can be contained in your jacket pocket, ready to access whenever you need it. If you don’t fancy the entire album, you can pick songs to download, saving yourself a few euro and cutting out the album filler.

But there is something to be said for the old school way of doing things. Making music files a size that makes them easy to download and store means a few sacrifices are necessary. That comes at the expense of quality, which is something that often rankles with music-lovers.

A new audio standard is aiming to change that. You may have heard about high-res audio in the past year, but expect to hear more about it in 2015.

So what exactly is it? An official definition of high-res audio has been hammered out by the Consumer Electronics Association and the record labels: lossless audio capable of reproducing the full range of sound from recordings mastered from better than CD quality music sources. In other words, it is a digital format of higher quality than a CD.

CDs, for example, have a higher bit rate and sampling than MP3, meaning more detail and depth to the sound; high res audio goes another step further. Typically, it has 24-bit/96kHz rate, but it can go up to 192kHz.

High-res audio can be one of a number of file formats, including free lossless audio codec (Flac) and Apple lossless audio codec (Alac), both of which are lossless compression, maintaining bit-for-bit accuracy but still shrinking the files. There’s also the waveform audio file format (Wav) and audio interchange file format (AIFF), which are uncompressed. The latter was developed by Apple. There’s also DSD, which is a PC-friendly format.

To make the most of high-res audio, you’ll need equipment that is compatible with the file type. Not all media players will support high-res files, although some mobile phones, including Sony’s new Xperia Z3 phones, the LG G3 and the Samsung Galaxy Note 4, have some compatibility.

Sony has developed its own high-res music player that will fit in your pocket. It’s even branded it as a Walkman, although with its hefty $1,100 price tag, it’s a far cry from your old cassette player.

Spending that amount of money on a music player is all well and good, but you will also need the headphones to go with it. Put high-res audio on standard headphones and you’re wasting your money.

The new headsets are starting to hit the market, with Sony recently unveiling its top-of-the-range Bluetooth-enabled high-res audio headphones. Catchily dubbed MDR 1A-BT, the headphones deliver the audio as it was meant to be heard.

If you are planning on listening to high-res audio at home, you can invest in a hifi system that will handle the files. Some media players will allow you to stream the files from your PC over your home network, while others have a built-in hard drive that will allow you to store your music locally. You can also play music files from USB storage. Be prepared to invest some money though, as you’ll also need speakers compatible with the standard.

So where do you get high-res audio files from? There are a few services offering them.

You may know Neil Young as the “Godfather of Grunge” but did you also know he’s the head of a tech music firm? He is currently heading up Pono, which has just launched its first high res music player.

There are more than two million tracks on the service already and more are being added. Each album that’s available on Pono gives you an indication of its audio quality.

But – and there’s always a but – you pay for the top-end quality.

Some albums, which are just above or similar to CD quality showed only a few dollars in the difference between the standard definition version on the iTunes US store and the Pono download. However, go up a notch and you are looking at roughly twice the price.

Streaming services such as Qobuzz Hi-Fi offer streaming in CD-quality Flac files for €19.99 per month. That gives access to 24 million tracks on the go.

A separate product, Qobuzz Sublime, will allow you to download the tracks but only for a yearly subscription.

The question is: are people willing to pay more, and even if they are, are they willing to pay again for music they already own, just in a higher quality? Music as it was meant to be heard versus lower quality but more convenient files?

It’s the same challenge that faced high-definition TV and video when it first made an appearance.

For music enthusiasts, it will be an easy choice: the quality jump will be worth the price. But for the average music fan, the thought of rebuilding a music collection at a higher price with all new equipment may be an investment too far.