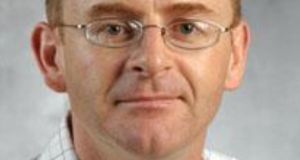 Ronan Byrne, CTO with HEAnet, said that a “pre-requisite as set down by the Department [of Education and Skills] is that every school’s connection has to be filtered”.

Dermot Williams, managing director of Threatscape, said the software shift would give schools “a greater level of granularity” in terms of the online content used in classrooms at various different age groups.

Ronan Byrne, CTO with HEAnet, said that a “pre-requisite as set down by the Department [of Education and Skills] is that every school’s connection has to be filtered”.

This variation of filtering levels was, said Byrne, one of the prime movers behind the new deal. However the CTO added that with the organisation funded by public money, “economic value” was the deciding factor.

“There’s not a lot of daylight between the leading vendors,” said Byrne, adding that the new system will be “much easier to manage”, allowing HEAnet “to affect new filtering rules very quickly”.

“We can make a change and in all 3,200 schools that rule is applied immediately,” said Byrne.

Adrienne Webb, a teacher at St Michael’s Holy Faith Secondary School in Finglas, and chair of the Computers in Education Society of Ireland (CESI), said educators had been “fairly happy” with the previous filtering standards, though added that “a vigilant teacher can’t be beaten” in terms of keeping inappropriate content out of a classroom.

“They have different levels of filtering, so what you’re down to at a local level is the decision of the school,” she said.

Webb said that while her school allows the use of YouTube due to the “phenomenal” educational benefits it offers, she knows of “colleagues in other schools where they’re fearful” of using it.

Encouraging “responsible use” of the web in classrooms at St Michael’s, Webb noted that “you’ll always have students who push the envelope, but they pushed the envelope when there was no technology as well”.