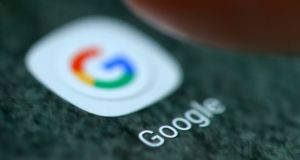 Google has suspended ticket reseller Viagogo as an advertiser after finding the firm had breached its policies. File photograph: Dado Ruvic/Reuters

The controversial ticket resale company Viagogo, which has its European headquarters in Limerick, has been suspended from Google’s paid-for search results with immediate effect, over what the search giant said was a breach of policies.

The unexpected move by the search giant will significantly impact the ticket company’s business model, which frequently sees it listed above primary ticket sellers when web users search for specific concerts and events.

Readers of The Irish Times have contacted this newspaper on multiple occasions in recent months to complain about the manner in which Google searches have featured Viagogo prominently, leading them to purchase tickets at a significant mark-up despite the fact that cheaper tickets for the same events were readily available on other platforms.

Such concerns globally have prompted Google to act.

“When people use our platform for help in purchasing tickets, we want to make sure that they have an experience they can trust,” it said in a statement.

“This is why we have strict policies and take necessary action when we find an advertiser in breach.”

In response, Viagogo said it was “extremely surprised to learn of Google’s concerns today. We are confident that there has been no breach of Google’s policies and look forward to working with them to resolve this as quickly as possible.”

The announcement follows the company’s lengthy battle against moves in Ireland to ban the resale of tickets for major events at prices above face value.

Earlier this year the company said any such moves would be a breach of the constitutional right of citizens to own property.

VGL, the company behind Viagogo, has also lobbied politicians and warned that hundreds of jobs in Limerick will be at risk if its business model is damaged by legislation in this jurisdiction.

Tickets for sought-after sporting events and concerts can frequently be found for sale on the site for more than 10 times face value, prompting concerns that the site has been used by touts.

Viagogo has long maintained that it has nothing to do with the pricing of tickets sold on its platform and insists that all the tickets sold through it are tickets that have been sold on by the original ticket purchaser in good faith.

The company says it is a marketplace. It says it does not buy or sell tickets, but provides a platform for third-party sellers to sell tickets to eventgoers.

1 ‘I don’t need to do any of this. . .I don’t actually need to work.’
2 Basic income for all: Has the Covid crisis given us a new economic model?
3 Direct sea routes to Europe offer certainty in choppy Brexit waters
4 When the levees break: consumers pay nine levies
5 Why Lehman Brothers was allowed to fail
Real news has value SUBSCRIBE