More than 1,000 computers and training places to be provided in partnership with TCD 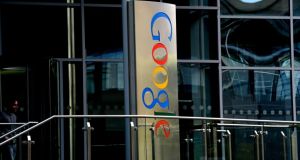 More than 1,000 Raspberry Pi computers will be provided to second-level students and teachers in a new Google-funded scheme designed to promote coding skills.

The initiative is a three-year partnership between Trinity College Dublin and Google that is designed to transform computer science in Irish schools. The tech giant will provide €1.5 million in funding for the project.

A thousand teachers will be offered places on a certified course in computer science teaching skills that has been developed by the Trinity Access 21 network in the university.

Minister for Education and Skills Ruairi Quinn welcomed the announcement of the scheme and said it would bring about a positive change in how computer science is taught. “Interventions such as this are most effective when they are consistent with national policy and I look forward to the project leaders liaising with my Department and the Teaching Council in this regard.”

Curriculums in both Britain and Ireland have been the subject of criticism in recent years for concentrating on teaching pupils how to use computers, without teaching them how to program them.

A Raspberry Pi is a basic credit card-sized computer that comprises a circuit board; sockets for a keyboard, monitor and Ethernet cable; and an all-in-one “system on a chip” to do the number crunching, graphics and memory work.

The Raspberry Pi runs versions of the Linux operating system and by default supports Python, which is seen as a good programming language for novices to tackle. A national coding competition for students and their teachers will also be run as part of the project.

“Dublin is rightly known as the digital capital of Europe. If we are to maintain that position, computer science skills will become even more critical as companies create new business models through the cloud and the web,” said John Herlihy, head of Google in Ireland.

1 Nama grants Ronan four-month extension on €160m glass bottle site deal
2 Retailers accused of ‘stealing business’ from rivals by flouting restrictions
3 In praise of Gogglebox Ireland, an essential service in all but name
4 How to avoid a communication breakdown
5 How long can Government afford to keep State pension age at 66?
Real news has value SUBSCRIBE