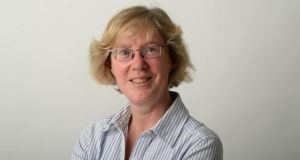 Mary Mulvihill: Ensured that generations of notable Irish women of science and technology were not entirely forgotten, or left as mere footnotes to (men’s) history.

I was deeply saddened to learn of the death last week of Mary Mulvihill, science writer and broadcaster, editor, speaker, blogger, tour guide, and outstanding advocate for Irish science and technology and particularly, Irish women of science.

Like many others who knew her – and she seemed to know, or be known to, almost everyone who in any way touched on the science, technology, engineering, and mathematics (Stem) realm – I was unaware that she had unexpectedly become very ill over a short period.

And I can hardly believe that I won’t run into her at a science event somewhere soon, hear her call out a friendly greeting, and get a merrily delivered earful of exciting science and tech happenings that I should attend, or read, or listen to, or watch out for.

Alongside her engaging ability to bring science, especially the history of Irish science, to life as a broadcaster and writer, Mary pretty much singlehandedly ensured that generations of notable Irish women of science and technology were not entirely forgotten, or left as mere footnotes to (men’s) history.

I cannot remember precisely when we first met, but it was not long after I had begun to write regularly on technology, nearly two decades ago.

She had a need for writers who would try their hand at translating baffling technologies – research, as well as business achievements – into reader-friendly fare. She was co-editing Enterprise Ireland’s bi-monthly (and relatively well-paying) print publication Technology Ireland, and she swiftly lured me into her ranks of freelancers.

But I soon discovered her interests ranged phenomenally wide, as anyone will know who has ever heard any of her huge variety of science-oriented programmes on RTÉ

, read her Irish Times science column, or gone on one of her tours run through her company, Ingenious Ireland (also the title of one of her books, a jolly tour of some of Ireland’s amazing scientific achievements and corresponding locations).

Happily for all of us, Mary was as intrigued by the past as the present and future.

Her career and personal interests thus spanned the painstaking research and recovery of Irish, especially Irish women’s, scientific and technological achievements, on through to advocacy for those living now.

Ever cheerful, ever persuasive, ever efficient, Mary had an inbuilt science and technology radar system that was constantly scanning for people focused on Stem areas – or, even better, who could be nurtured to fall in love with them, especially children.

Hence, her walking tours and dowloadable podcast tours were funny, delightful, family focused joys. A child and a scientist would both come away satisfied.

Like all great communicators, she had an engaging wonder and enthusiasm that easily transferred to the rest of us, whether reading one of her books, or trailing after her on a walking tour as she pointed out a fossil in the stone facing of a building (thrilling adults as well as the youngsters. Who doesn’t love a good fossil?).

A scientist herself, Mary was an advocate for people, convincing them to stretch their abilities and do more, and was an encouraging mentor to many of us starting down the road as science and technology writers or in any Stem career.

She was also a connector who liked to make introductions, individually but also on a national scale.

Before such topics made headlines or Twitter feeds, she selflessly worked to advance other women in Stem. She founded Wits – Women In Technology and Science – the Irish advocacy and networking group, which brought women across all Stem sectors together on a regular basis.

Some years ago, Wits pioneered a thoughtful directory of Stem women interested and willing to serve on boards and professional or conference panels.

I’d love to see Mary’s passions carried forward in two ways. First, decision-makers, please take this country out of its laggard spot in Europe, and raise the percentage of talented Stem women on boards, advisory panels, and conference rosters.

And second, could one of our annual Stem events, or one of our national institutions, have a yearly Mulvihill Stem lecture, or appoint an annual science communicator in schools position?

Thanks to Mary, we have an outstanding, accessible historical legacy of Irish, and Irish women’s, science and technology. For this alone, she deserves national recognition.

1 Coronavirus: New government could face €11bn of austerity
2 HSBC board rethinks overhaul and seeks even deeper cuts
3 Joint accounts: if one of us dies, can the other access the money?
4 Investor alleges fraud over collapse in property fund value
5 Stocktake: History says this is not a bear market rally
Real news has value SUBSCRIBE