Other bidders include Eir and Siro, a joint venture between ESB and Vodafone 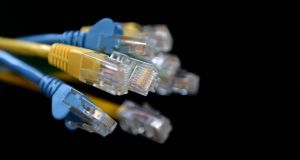 The total cost of the fibre rollout is estimated by some sources as being between €1 billion and €1.5 billion.

The UK listed private equity giant, 3i, and a division of Warren Buffet’s Berkshire Hathaway are taking part in the E-Net consortium that is bidding for the State-subsidised €1.5 billion National Broadband Plan (NBP).

3i and John Laing, the British public-private partnership specialist, are among the financial backers of the consortium. The other two members with equity stakes in the bidding consortium are E-Net itself, and the telecoms private equity specialist Granahan McCourt, which is also a shareholder in the consortium that owns E-Net.

It is understood the size of the equity stakes in the E-Net consortium held by each member has yet to be decided.

E-Net is among five groups to have expressed interest in the NBP, which is split into two contracts covering different areas of the country.

The other bidders include Eir, which is being viewed as a frontrunner and Siro, the telecommunications joint venture between ESB and Vodafone.

The Department of Communications is seeking a company to provide high-speed fibre broadband to up to 750,000 rural homes, although that number may yet be revised downwards.

The total cost of the fibre rollout is estimated by some sources as being between €1 billion and €1.5 billion. The State will pay some of the cost, depending upon the amount committed by the winning bidder.

1 O’Brien may pull off $1.7bn Digicel debt write-off – but at what cost?
2 Covid-19: Westport braces for tough times ahead
3 Expect lockdown restrictions until September, says Dalata hotels chief
4 An Post sees big jump in people opening new current accounts
5 Why the State should give us all gift vouchers, let's call them Paschalbonds
Real news has value SUBSCRIBE