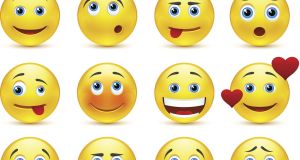 Irish snooker player Ken Doherty has emerged as one of the investors behind Emojitones, a Dublin-based mobile tech start-up, which has just completed a €500,000 funding round.

Emojitones has created an app that adds sound effects to emoji icons. Created by Guy de Bromhead, the app, which is available for both iOS and Android, was launched earlier this year at Apple cofounder Steve Wozniak’s debut ComicCon Silicon Valley event.

Mr de Bromhead said future releases of the app will enable users to create their own emoji tones.

“For 25 years the world has text messaged in silence. We need a change,” he said.

1 Guinness brings out a non-alcoholic version of the black stuff
2 How long can Government afford to keep State pension age at 66?
3 Frank Fitzgibbon stepping down as Sunday Times editor
4 How much will a Covid-19 vaccine cost?
5 Google's incredible power is the result of decades of regulatory failure
Real news has value SUBSCRIBE