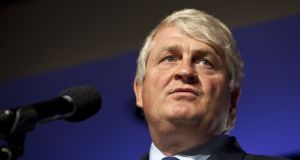 A poor environment for IPOs and questions about the proposed valuation of the company have scuppered Digicel’s plans for an IPO, which was dramatically pulled late on Tuesday.

After a weak US stock market in recent weeks and a decision by investors to pull cash out of funds, a number of IPOs have been undertaken at lower values than expected, in some cases less than their most recent fundraising from investors.

Digicel said on Tuesday night: “Despite significant support for the IPO from a high-quality group of investors during the marketing period, current conditions, particularly in emerging markets, have impacted transaction momentum over recent days.”

This suggests Digicel was finding it difficult to get enough investors to sign up at the targeted price level. It would have been the second biggest US market flotation of 2015.

The shares had been due to price on Thursday and begin trading on Friday. Recent market commentary in the US had questioned the proposed valuation on the float, and the fact Digicel chairman Denis O’Brien planned to retain 94 per cent voting control may also have deterred investors, who could have feared they would have little say over key company decisions.

Facing the choice of cutting the price and giving away more equity, or cancelling the float, Mr O’Brien decided not to go ahead. “Given our growth outlook, an IPO for Digicel was optional and predicated on achieving fair value for the company. Recent volatility in equity markets has seen a number of IPOs listing at a discount to their signalled price range, and this was a less attractive route for us, ” said O’Brien in a statement on Tuesday night.

He said Digicel’s growth plans “remain unchanged” following a $1.5 billion investment programme over the past three years. He said the company continued to generate strong cash flow and has “no material debt maturities until 2021”.

Digicel remains “in a strong position to exploit areas of interest in data, business solutions, cable TV and broadband”, he said.

However, the failure to go ahead with the IPO will leave the company’s balance sheet with a high level of debt at $6.5 billion and will also raise questions about how it will fund its expansion and investment plans.

The expected proceeds of the float were about $1.8 billion, of which $1.3 billion was to go to pay down debt and the rest to fund ongoing operations and a planned investment and acquisition programme.

There had been speculation in recent days that Digicel was struggling to get support from investors at the proposed $13-$16 price range. Hedge funds and other investment funds have experienced an outflow of investment cash in recent months, as the US market went through a significant correction.

Against this backdrop, there was some surprise Digicel had planned an IPO. Over the past week, five IPOs priced below their expected range, with biotechnology stocks facing particular problems.

Digicel’s pricing was also questioned in a number of market commentaries. Online investment research service Seeking Alpha warned before the IPO was pulled that shares could come under pressure unless Digicel could quickly move towards profitability. It said the proposed pricing of the float “appears really aggressive” and early investors could face losses.