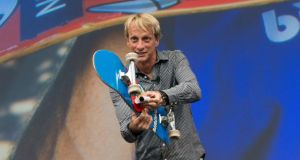 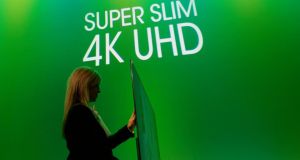 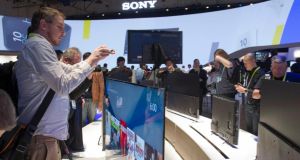 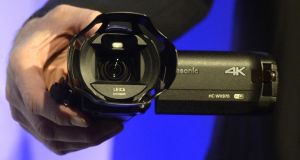 High definition continued to dominate the 2015 International Consumer Electronics Show (CES), as Sony and Panasonic revealed their plans for the future.

From Sony, there were announcements on Android television, 4K action cameras and a new look for its wearables at the company’s press conference.

It showed off its thinnest TV yet, as part of a line-up of 12 new 4K sets that it hopes will tempt TV buyers to invest in 2015. The new televisions will be powered by its 4K processor X1, which improves colour, contrast and clarity of images.

The X9000C series is 4.9mm at its thinnest point, which makes it slimmer in parts than Sony’s own Xperia smartphones. Also on offer is the X9300C series, which are the first TVs to support high-res audio and come equipped with speakers compatible with the new sound technology.

The obligatory celebrity appearance was provided by skateboarder Tony Hawk, who was on hand to help Sony push its 4K Action Cam. The new device is Sony’s direct challenge to the GoPro in the action photography arena, offering improved image stabilisation over previous models.

Sony is also showing off a number of wearable prototypes, including the Smart B-Trainer, which is aimed at runners. The all-in-one headset device combines sensors and music playback to encourage the establishment of a running routine; it matches a runner’s heart rate to songs, automatically selecting the tracks that have a tempo that matches.

A new range of smart TVs that support the 4K ultra-high- definition standard and offer Panasonic’s Firefox OS-based smart TV platform were debuted at the show, ranging from high-end big screens to those aimed at a more mid-range consumer. The Life+Screen platform, a collaboration with Mozilla, has been improved from last year’s offering to make it easier for users to access their content and to connect to other devices.

The industry shift towards 4K comes as new research from the Consumer Electronics Association claims the sector is poised for strong growth. Shipments of the TVs are expected to reach four million units this year in the US.

Elsewhere, Epson unveiled its line of wearable technology, dubbed Epson Active. Among the products are heart-rate monitors, GPS sports and running monitors and a golf swing analyser that tracks the swing path of the club, speed and path of the club head, the club face angle when the ball is struck, and tempo.

CES will run until January 9th, with more than 3,500 exhibitors and more than 150,000 attendees expected to walk through the doors over the four days.