Company currently has close to 400 employees in Dublin 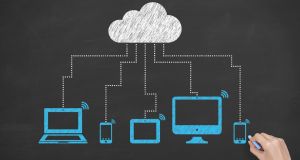 California-headquartered software company Workday has announced plans to hire an additional 200 workers in Ireland over the next three years.

This is in addition to the 200 jobs announced by the company during a visit of Taoiseach Enda Kenny to its head office in Silicon Valley last year.

The announcement came as Mr Kenny opened the company’s new European headquarters in Dublin on Wednesday.

Recruitment for the new positions is currently underway.

Workday, which employs almost 400 people in Dublin and more than 4,500 worldwide, established its European headquarters in Dublin in 2008 following its acquisition of Cape Clear.

Founded by former PeopleSoft founder and chief executive Dave Duffield in 2005, the company delivers financial management, human capital management, and analytics applications via the cloud to more than 1,000 organisations worldwide.

The new office will serve as a major centre for key roles in product and technology development, customer support, services, data centre operations, and sales.

“Culture, technology, and talent are key ingredients in making Workday a great place to work for employees and to ensure we continue delivering the highest levels of customer satisfaction in the industry,” said Annrai O’Toole, chief technology officer, EMEA, Workday.

“Dublin is a growing hotbed of highly motivated, highly skilled technologists and we are actively expanding our team to drive our growth and customer success,” he added.

‘It’s been quite easy’: Insights from the heart of the remote working revolution 05:37
Osmo is a home-school hero – an app that educates and distracts 05:06
Forme Life Studio: Mirror, mirror on the wall, who’s the fittest of them all? 05:05
Sphero Mini Soccer: Play table football, bust through asteroids, create code 05:04
Legal tech start-up aims to make DIY divorces easier and cheaper 05:00