Bizimply raises €2m in funding round to fuel growth plans 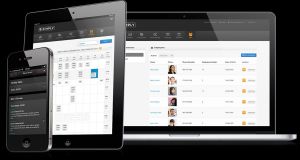 Bizimply has developed a workforce management platforms that is predominantly used by companies in the hospitality, retail and healthcare sectors 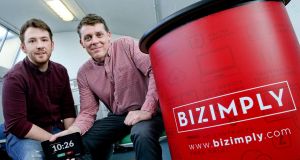 Irish technology firm Bizimply has completed a €2 million funding round to support the company’s growth plans and announced plans to double its workforce.

Bizimply, which was founded by Norman Hewson, Gerard Forde, Mikey Cannon in 2012, has developed a workforce management platforms that is predominantly used by companies in the hospitality, retail and healthcare sectors.

The software, which manages employee rosters and costs, has more than 10,000 registered users in 11 countries. Clients include Wagamama, Insomnia, Mothercare and TGI Fridays while Bono, Jerry Kennelly and Ray Nolan are among the company’s backers.

Bizimply said the new funds will be used to expand’s the company’s sales and marketing capability.

The firm, which is based in the Digital Hub, is planning to double its workforce from 14 to 28 people over the next year, with the majority of new roles to be in Dublin.

“We have been growing rapidly over the past 12 months, with interest from businesses all around the world. The investment by Causeway Capital and 500 Startups will enable us to really scale the business and expand our team as we move to the next level,” said chief executive Gerard Forde.

1 Revised help-to-buy scheme for first-time buyers open for applications
2 ‘No demand... because there are no people’ at well-known Dublin pub
3 Divorce: What will it cost and can you afford it?
4 Post-Covid television starts to shape up – but with missing pieces
5 Management of Irish PR group Drury acquire agency from Omnicom
Real news has value SUBSCRIBE