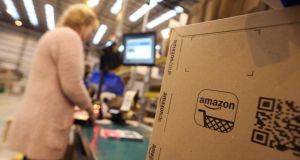 The European Union said Luxembourg hastily approved a “cosmetic” tax deal with Amazon in 11 days, allowing the company to shift profits to a tax-free unit.

The EU told Luxembourg officials in a letter that the deal, based on a “cosmetic arrangement,” gives the Internet retailer an unfair advantage over competitors and does not comply with global standards.

“The commission is of the opinion that through the contested tax ruling the Luxembourgish authorities confer an advantage on Amazon,” according to the document sent in October when regulators started a probe of the tax deal and posted on an EU website today.

“That advantage is obtained every year and on-going, when the annual tax liability is agreed upon by the tax authorities in view of that ruling.”

The EU’s state-aid probe into agreements with Amazon and the disclosure of thousands of pages of secret tax deals with companies from around the world have shaken Luxembourg, whose population of about 550,000 enjoys the highest income per capita of any EU nation.

Prime minister Xavier Bettel has vowed to rein in sweetheart tax deals to clean up its “damaged image.”

The tax ruling is not in line with international standards developed by the Organization for Economic Cooperation and Development, the commission said. It allows Amazon to shift profits to a tax-free unit, via a royalty that “seems to contain a cosmetic arrangement.”

Most European profits of Amazon are recorded in Luxembourg, but are not taxed there as a result of the 2003 ruling, which applies to a subsidiary in the country, the EU said.

Amazon posted a net loss of $437 million in the third quarter last year, its worst since at least 2003. The results included a $170 million inventory charge largely attributable to the Fire smartphone, a flop that has come to represent one of Amazon’s failed bets on a big investment. “

Amazon has received no special tax treatment from Luxembourg -- we are subject to the same tax laws as other companies operating here,” Drew Herdener, a spokesman for the company in Luxembourg, said in an emailed statement. Aside from Amazon, the EU is also examining Luxembourg’s taxation of Fiat Finance and Trade, the Netherlands’ treatment of Starbucks and an Irish pact with Apple.

The commission is in charge of policing state subsidies that skew competition and can request countries to claw back illegal aid. Luxembourg is “fully cooperating” with the commission, the country’s finance ministry said in a statement on its website today.

“Luxembourg is confident that the allegations of state aid in this case are unsubstantiated and that it will be able to convince the commission in due time of the legitimacy of the tax ruling and that no selective advantage has been granted.”

The tax leaks have cast a shadow over the first months of Jean-Claude Juncker’s tenure as president of the European Commission. Mr Juncker, who was Luxembourg’s prime minister for almost 19 years until late 2013, has said that he had no involvement in the deals.

He took over as head of the EU’s executive arm in November. Mr Juncker has distanced himself from the probes into the tax deals, which were started before he took office.

He has stated that Margrethe Vestager, the competition commissioner, is in charge of the cases.

Luxembourg last month abandoned its court challenge against the EU’s demand for details of discounted tax deals with multinational companies after the EU extended its quest for such documents to the entire bloc.