Increasingly sophisticated software will cause a further threat to revenue, says Juniper Research 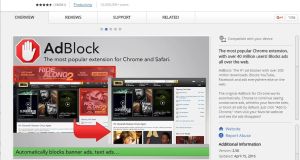 Increasingly sophisticated ad blocking software, in addition to moves by both Apple and mobile network Three to limit advertising on their platforms, will cause a further threat to revenue, with more mobile operators set to follow Three’s lead.

Ad blockers may be an essential tool for consumers, but for digital publishers, they will be the cause of a $27 billion (€23.6 billion)hole in their finances by the end of the decade.

According to a report from Juniper Research, publishers are finding it hard to counter the effect of ad blocking, and that situation is set to worsen as a rising number of developers get in on the act over the next five years.

Increasingly sophisticated ad blocking software, in addition to moves by both Apple and mobile network Three to limit advertising on their platforms, will cause a further threat to revenue, with more mobile operators set to follow Three’s lead.

There is also the likelihood that publishers will find in-app ads are blocked in future.

“Adoption is being driven by consumer concerns over mobile data usage and privacy,” said research author Sam Barker. “They are also incentivised to adopt the technology in order to reduce page load times”.

Smaller publishers may be hit harder by the trend, as they are more likely to be reliant on the advertising revenue to keep the doors open.

Some sites have fought back, with Wired. com and Forbes among those who have blocked content being displayed to users with ad blocking software on their machines. There are also initiatives such as Google’s Accelerated Mobile Page and other acceptable ad initiatives that are aimed at developing trust in digital advertising.