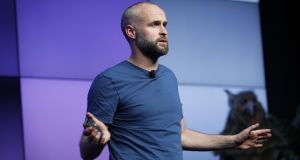 As many as two-thirds of Irish online retailers are now in the “€1 million plus club” of merchants that have raked in seven-digit sums in annual revenue from ecommerce, according to a study by marketing agency Wolfgang Digital.

The 2020 figure compares to 41 per cent of businesses that generated more than €1 million in online sales in 2019, Wolfgang said, and comes after a massive year for ecommerce in which it estimates Irish online retail sales grew by as much as 159 per cent.

The Covid-19 pandemic saw growth in online sales last year surge to five times the average annual growth that Wolfgang had observed in similar studies from 2017 to 2019, it said in its On the Money report.

Wolfgang Digital bases its figures on an analysis of €500 million in online spending in 2020, representing about 7 per cent of the total market. The smallest contributing business had revenue of more than €20,000 a month, while the largest recorded revenues of more than €20 million a month.

The top 15 per cent of retail businesses capture 84 per cent of consumer spend, it found, with businesses turning over less than €1 million – a long-tail of small Irish online retailers – “fighting it out” for just 1 per cent of the market.

An analysis of Google data suggests ecommerce market leader Amazon cut its online advertising spend in the Republic by as much as 50 per cent in January, Wolfgang said.

“While Brexit has undoubtedly posed a massive challenge to smaller retailers, Amazon’s move to temporarily halve its ad spend in Ireland is a massive opportunity for those businesses that can react quickly.”

Amazon is likely to ramp up its spend on Google ads again, he predicted, as the tech giant prepares to open its first Irish fulfilment centre and allow customers to buy from Amazon.ie.

The pandemic accelerated growth in online shopping “that was always going to happen”, Mr Coleman said. It did so by bringing new shoppers into the market – such as older customers using online grocery services for the first time – and by driving up the number of online purchases, rather than increasing average purchase size.

Mr Coleman described the €1 million mark as a “critical benchmark” for ecommerce websites.

“Any sellers commanding less than €1 million in online revenue are considered to be in ‘primary school’ in terms of digital maturity.”

But at about the €1 million mark, ecommerce retailers have graduated to a “secondary school” where their investments should be showing a positive return on investment, he added.

Top-tier ecommerce merchants in the €20 million plus cohort – “PhD” level companies – showed 150 per cent revenue growth in 2020, close to the study average, rather than recording the more modest growth rates that might be expected of mature businesses.

The huge rise in sales among this last group demonstrates the advantage of being a large-scale player in the ecommerce market, according to the report.