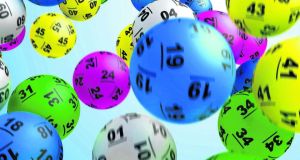 Lottery staff are seeking a once-off recognition payment as part of the privatisation.

next week after workers backed proposals for the transfer of the business to the new operator.

The 112 staff, who manage the multi-million weekly Lotto draws, voted to accept the deal by 57 votes to 50, with five abstaining.

The result will come as a relief to the Government, which had seen its lottery privatisation stall in the face of worker opposition. The ballot now clears the way for the Government to sign contracts with the incoming operator Premier Lotteries Ireland.

This is expected to take place as early as next week in a bid to relaunch the transitioning process which has fallen behind schedule.

In addition to guarantees on pay and conditions, staff had sought the right to return to their original employer An Post, from where most of them are on secondment.

A vote on the issue last month ended in deadlock. Following a Labour Court hearing staff were balloted on revised proposals, which included a possible job-swap programme between lottery staff and colleagues in An Post.

While most staff backed the new proposals yesterday, members of the Civil Public and Services Union (CPSU), the largest of the three lottery unions, voted against the proposals. They are bound, however, to accept the aggregate vote in favour of the transfer.

CPSU assistant general secretary Paul MacSweeney said a lot of members were disappointed at the prospect of having their secondment arrangements discontinued.

John Kelleher, deputy general secretary of the Association of Higher Civil and Public Servants, welcomed the result, saying it enabled staff to start working on the transfer of the licence.

Children’s hospital
Almost half of the €405 million proceeds from the sale will go towards funding the proposed National Children’s Hospital.

Minister for Public Expenditure Brendan Howlin yesterday welcomed the result of the ballot.

Lottery staff are also seeking a once-off recognition payment as part of the privatisation.

Although no figure has been attached to the so-called golden handcuff claim, unions are seeking a fixed portion of annual salary be paid to each worker in recognition of the work done in bringing the business to the point where the Government will profit significantly from its sale.

1 Policy failed us during the banking crisis and it’s failing us again
2 Aryzta to pursue asset sales as takeover talks fail
3 Samsung patriarch Lee Kun-hee dies at 78
4 Retailers accused of ‘stealing business’ from rivals by flouting restrictions
5 No-deal Brexit could trigger rise in food prices, says Simon Coveney
6 How long can Government afford to keep State pension age at 66?
7 Ireland’s €200bn debt burden: how did we get here?
8 ‘French people are pretty relaxed. They don’t pander to scaremongering or hysteria’
9 Help, I’ve no PRSI stamps – can I still get a pension?
10 Irish house prices could buck European trend and fall this year, says S&P
Real news has value SUBSCRIBE