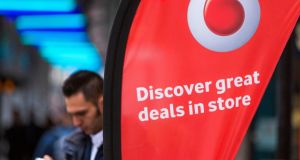 Vodafone is a telecoms giant on track to realise its ambition of becoming a broadband and television platform provider. Soon there will be little to distinguish between such company categories. The technology has converged, 4G is coming, and the revenue opportunities are driving consolidation in the European communications market.

On Sunday, the world’s second-largest mobile carrier agreed to buy Spanish cable operator Ono, which offers high- speed broadband and pay-TV packages to 1.9 million customers. The €7.2 billion deal is not a one-off purchase, but part of a game-changing acquisition spree financed by Vodafone’s $130 billion sale of its stake in US mobile phone operator Verizon Wireless.

Even before it was boosted by these proceeds, Vodafone had embarked on a prowl for fixed-line assets, buying Cable & Wireless Worldwide in 2012 and last year paying €7.7 billion for Germany’s Kabel Deutschland. In February, it indicated that it has an acquisitions war chest of €21-€29 billion and that no deal would be too big if it made strategic sense.

Separately, chief executive Vittorio Colao confirmed its plans to enter the UK television market, adding it “was in discussions with content owners”. Whatever BT can do, it can do better, may well be the message emanating from the Newbury, UK-based company.

Bidding battles for premium sports, movie and HBO-type television content look set to continue to be waged by a handful of the big players, notably BT and BSkyB, which is still the leader on the rights side. Indeed, a mooted tie-up between Vodafone and BSkyB may prove the easiest method for both companies to knock back the challenge of a daring BT.

Another possibility, however, is that Vodafone could use up the rest of its cash pile – and then some – to bid for UPC-owner Liberty Global, the John Malone company that is itself no stranger to acquisitions and had fancied adding Spain’s Ono to its own list of cable assets.

Just to muddy the waters, Vodafone remains of interest to AT&T, the US telecoms company that fancies a play on Europe’s embrace of 4G. A heavy workload for competition regulators awaits.