Rules of the competition may prompt a second round of bidding 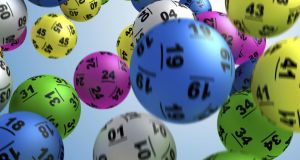 If the leading bids for the lottery licence fall within 2.5 per cent of each other, a second round of bidding will automatically be triggered.

With the competition for the State’s lottery licence entering its final phase, those vying for the prize will be hoping the Government will not decide to initiate a second round of bidding.

The rules of the competition stipulate that if the leading bids fall within 2.5 per cent of each other, a second round of bidding will automatically be triggered.

Should this come to pass, the relevant parties will be invited to submit a “second and final offer” for the franchise.

Apart from allowing the under-bidders a second bite of the cherry, the model gives the Government an opportunity to draw out higher bids in a close race.

The auction rules were issued on a confidential basis to entrants prior to the bidding process.

The blind bidding format also precludes bidders from being made aware of rival offers until the process is concluded.

With market sources putting a value of €250-€300 million on the business, offers within €6-€7 million of each other could, conceivably, prompt a second round of bidding.

All of this, of course, means nothing if one of the entrants has already significantly outbid its rivals in the opening round of bids, the deadline for which closed last month.

The competition is understood to have attracted three bids; one involving An Post and UK operator Camelot, and two others involving US operator Gtech and Australian gaming firm Tatts.

According to sources, the preferred bidder will be informed on October 11th, with the contract scheduled to be signed in the first week in December.

The preferred bidder status will remain subject to the completion of various negotiations and legal arrangements until the contract is signed.

That said, things have a habit of leaking into the public domain when politicians are concerned, and Department of Public Expenditure officials, and their advisors in Davy, may have their work cut out to stem the information tide.