Can Tesco’s new boss spend his way out of trouble? 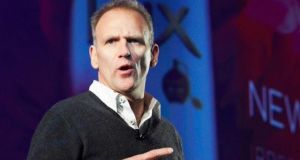 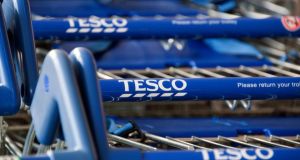 Sir Terry Leahy, the visionary architect of modern-day Tesco, will forever be linked with the blue of Everton. But David Lewis, the beleaguered supermarket’s new chief executive, might take a metaphorical trip from Merseyside to Old Trafford should he want a footballing example of what happens when the successors to genius stumble.

Lewis, a respected Unilever executive who has been in the post for less than a month, stunned customers and investors alike on Monday when he announced that Tesco has booked up to £250 million (€350 million) in profit less than it has actually earned.

Like new Manchester United boss Louis van Gaal, whose job it is to clean up the mess left by Sir Alex Ferguson’s failed successor, David Moyes, Lewis has been brought in to follow the man who followed a great visionary.

Tesco has been directionless since Leahy left the business in the hands of his mini-me internal successor, Philip Clarke, in 2011, its share price falling by 40 per cent this year alone.

Clarke paid the price for his lack of success when he was pushed out earlier this year, but many critics argue the decline actually set in at the end of Leahy’s era when he championed doomed international projects such as US chain Fresh & Wild at the expense of investment in Tesco’s crumbling heartland in Britian and Ireland.

For a retailer that earned £2.8 billion last year, £250 million might sound like loose change but, to the market, the profit overstatement – even if eventually deemed merely aggressive accounting – looks symptomatic of a former retail colossus, not just on the decline, but spiralling dangerously out of control.

Unsurprisingly, Monday’s announcement sent investors running for the door, wiping nearly £2 billion off the company’s value and leaving market-watchers wondering how deep the rot goes. “These are serious times for Tesco and its shareholders. We are flabbergasted by this development,” said Shore Capital analyst Clive Black.

As with Van Gaal, Lewis was brought in with a mandate for root and branch reform and like the Dutchman he will need time to get a handle on a team in long-term decline because of tough competition from discounters such as Aldi and Lidl, an evolving market and poor succession planning.

Unlike the Manchester United boss, who has overseen his team’s worst start in Premiership history, Lewis has started well. Approached by a whistleblower on Friday with evidence of accounting irregularities, he acted quickly and decisively, suspending four senior executives – including Chris Bush, the chief of the UK division where those irregularities arose – and bringing in accountants Deloitte and lawyers Freshfields to conduct an independent inquiry.

Shares in Tesco began to recover as the week progressed and Lewis will hope to have “kitchen-sinked” much of the grocer’s bad news. But he will now have to perform a turnaround under the watchful eyes of regulators such as the Financial Conduct Authority and the Serious Fraud Office, who are monitoring events with care.

Worse still, investors will assume that the questionable accounting practices have been going on for some time and may extend beyond Tesco’s UK operations.

Not only were they highlighted by Tesco’s auditor PricewaterhouseCoopers (PwC) this year (albeit in typically understated accountant-speak), but sharp-eyed analysts at Cantor Fitzgerald warned nearly 12 months ago that Tesco had been massaging its profits by up to £200 million.

At the heart of the Deloitte probe are reciprocal bonuses payments which suppliers pay to Tesco – as well as most of its retailing rivals – for in-store promotions. In Tesco’s case the practices disclosed by the whistleblower are said to include acceleration of these bonuses and delays to the booking of some associated costs.

Tesco’s Sir Terry Leahy, like Sir Alex, was accused of bullying his way to the top in the 1990s. While United were accused of intimidating referees, Tesco was criticised by suppliers for using anti-competitive methods to squeeze prices. It does not help that the practices in questions are linked to this.

The question now being asked in the City is whether Tesco, which has seen its core British and Irish sales and profit margins squeezed by competition both from Lidl and Aldi at the bottom end and Waitrose and Marks & Spencer at the top, acted deliberately to mask its long-term sales decline .

Either way, his loss of market share to rivals is something Lewis must move quickly to arrest. In Ireland, Tesco’s sales fell by 5.5 per cent this year according to Kantor Worldpanel, leaving the retailer with a market share of 25.4 per cent, only slightly more than its rival SuperValu, which holds a 25 per cent share. In Britain, the picture is no better.

Key to the turnaround will be revitalising Tesco’s executive tier. Like Sir Alex’s departure from Manchester United, Leahy’s departure was poorly managed with executives from his close-knit team, including those who missed out on the top job, departing in the wake of Clarke’s accession.

However, he may yet have to deal with a new chairman if investors call for the head of incumbent Sir Richard Broadbent as they have threatened.

Many believe Tesco will need to go much further than a change of personnel to get back on track.

“Tesco may now have to sell assets across its UK and international portfolio to pay for this behaviour [over-booking profits],” argues Cantor Fitzgerald’s Dennis.

Facing life without the Champions’ League, Manchester United have reacted by throwing money at their problem, spending £150 million on new players over the summer. The tactic has not yet worked for the football club, but it could provide Lewis with inspiration for his salvation.

Tesco is still the dominant retailer in Britian and Ireland and it has the muscle to start and win a price war.

Lewis will have to sacrifice Tesco’s prized market-leading margins to start such a war, but if his investors will let him, he may yet spend his way out of trouble.

Providence to raise $3m as deal over key asset progresses 07:28
Tesla engineers show ventilator prototype on YouTube 06:46
Construction delays ahead, legal issues with pay cuts and some Covid perspective 06:30
Major building projects could be delayed two years after Covid crisis 05:30
What does the ECB’s doing ‘everything necessary’ policy mean for you? 05:12