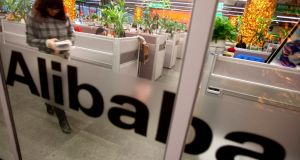 The agreement includes SCMP Group’s other media assets, such as licenses to the Hong Kong editions of Esquire, Elle, Cosmopolitan and Harper’s Bazaar.

The deal is certain to raise concerns in Hong Kong, where the South China Morning Post occupies an important position among the English-speaking elite who still dominate the former British colony.

Chinese-language dailies may be more influential than the Post, but changes in its editorial direction are seen as a barometer for press freedom under Chinese rule.

“The SCMP has iconic status in the region, with a strong reputation internationally for the quality and credibility of its journalism over the years,” Joe Tsai, executive vice chairman of Alibaba Group, said in a letter to SCMP readers.

“Like many print media, however, the SCMP faces challenges amid the dramatic changes in the way news is reported and distributed. But these changes play to Alibaba’s strengths, which is why we believe the two companies complement each other well.”

He added: “In reporting the news, the SCMP will be objective, accurate and fair ... day-to-day editorial decisions will be driven by editors in the newsroom, not in the corporate boardroom.”

In November, the publisher said it had received a preliminary approach by an unidentified third party interested in its media properties, and media outlets had reported Alibaba was the potential buyer.

1 ‘No demand... because there are no people’ at well-known Dublin pub
2 Buying a second home now that we work from home
3 HSE says fix for Covid Tracker app rolled out to all Android users
4 Nearly 30,000 could lose pandemic payment if they do not confirm eligibility
5 Face masks developed in Ireland could help meat-plant workers
6 UK criticised for ‘unforced errors’ on post-Brexit trade deals
7 Shelbourne Hotel operator Marriott posts bigger-than-expected loss
8 Bank of Ireland does U-turn after refusal to reimburse ‘smishing’ victims
9 ‘Saudi Arabia is where the opportunities will happen in future’
10 Science of selling crucial to post-Covid recovery
Real news has value SUBSCRIBE