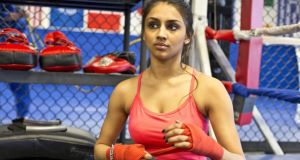 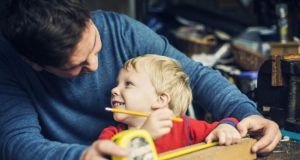 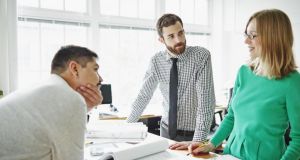 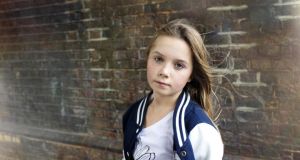 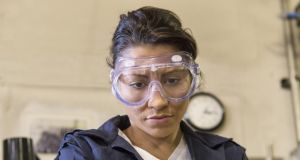 There is the businesswoman, wearing a suit and glasses and holding a briefcase. There is the mother, smiling as she pours milk into her children’s cereal bowls at the breakfast table. There is the multitasker, holding a laptop in one hand and a baby in the other.

These stock images are familiar to anyone who has seen an advertisement or flipped through a magazine or brochure illustrating working women and families. And their ubiquity is hurting girls and women by feeding into old-fashioned stereotypes, says Sheryl Sandberg, the Facebook executive who has become an advocate for women achieving leadership roles.

To try to remedy the problem, Sandberg’s non-profit organisation, LeanIn.org, has announced a partnership with Getty Images, one of the biggest providers of stock photography, to offer a special collection of images that it says represent women and families in more empowering ways.

“When we see images of women and girls and men, they often fall into the stereotypes that we’re trying to overcome, and you can’t be what you can’t see,” Sandberg said in an interview. The new library of photos shows professional women as surgeons, painters, bakers, soldiers and hunters.

There are girls riding skateboards, women lifting weights and fathers changing babies’ nappies. Women in offices wear contemporary clothes and hairstyles and hold tablets or smartphones - a far cry from the typical stock photos of women in 1980s power suits with a briefcase.

The partnership comes during a renewed national conversation about women and work, spurred in part by the success of Sandberg’s book, “Lean In: Women, Work and the Will to Lead,” and Hillary Rodham Clinton’s possible presidential campaign. Its message has the potential to reach a wide area of society, through Getty’s 2.4 million customers who pull from its library of 150 million images.

There is an appetite for the images: The three most-searched terms in Getty’s image database are “women,” “business” and “family.”

“One of the quickest ways to make people think differently about something is to change the visuals around it,” said Cindy Gallop, who started the US branch of Bartle Bogle Hegarty, the advertising agency. “The thing about these images is they work on an unconscious level to reinforce what people think people should be like.”

The partnership is a way for Lean In to broaden its reach after criticism that Sandberg’s advice is relevant only to women in corporate America and that she places the burden of breaking through stereotypes on individual women, instead of on workplaces and society.

People at Getty and Lean In, led by Pam Grossman, Getty’s director of research, who is responsible for tracking demographics and visual trends, chose 2,500 images, a quarter of which are new to the photo agency. They plan to continue to add photos to the library.

When Getty subscribers - creative agencies, media companies and other businesses - search for relevant terms, they will see these images alongside the usual ones, or they can specifically search Getty’s Lean In collection. The initiative is particularly important right now, said Jonathan Klein, co-founder and chief executive of Getty, because of the surge of image-based communication that has arisen from smartphone cameras and sites and apps such as Pinterest and Instagram.

“Imagery has become the communication medium of this generation, and that really means how people are portrayed visually is going to have more influence on how people are seen and perceived than anything else,” Klein said. Getty has previously added new types of photos to its collection to reflect changes in society - adding, for example, more pictures of older people doing physical activities. This is the first time Getty has jointly created a collection with a nonprofit and shared its licensing revenue. 10 per cent of the revenue from the photos will go to LeanIn.org.

The issue of how the media visually depicts women in leadership has bubbled up periodically in recent years. Last month, for instance, a Time magazine cover piece about Clinton showed an enormous high heel stepping on a tiny man. The much-discussed 2012 Atlantic cover article about working mothers by Anne-Marie Slaughter was illustrated by a woman carrying a briefcase with a baby crawling out.

The stereotypical women in stock photos have also become an Internet meme, inspiring parodies such as “Feminism, According to Stock Photography” (women in suits climbing ladders and wearing red boxing gloves) and “Women Laughing Alone With Salad” (exactly what it sounds like).

Getty’s Lean In collection has the potential to start its own memes (women using tablets near windows at night, for instance). Yet it shows a more diverse set of people, including those of different ages, races and body types. “At Facebook, I think about the role marketing plays in all this, because marketing is both reflective of our stereotypes and reinforces stereotypes,” Sandberg said. “Do we partner into sexism or do we partner against sexism?”