Who needs to worry about offshore assets? 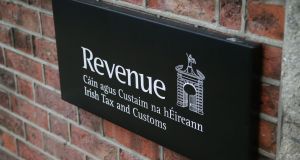 Revenue had made it clear that new tax treaties meant it had access to foreign tax records in a way it never had before. Photograph: Nick Bradshaw

You wrote recently about Revenue catching people who had not declared offshore assets. If memory serves, you wrote about this some time ago, putting a lot of people’s anxieties to rest as to why they should not be worried. Why would Revenue be interested in what one does with a bag of “clean” money accumulated after tax if spent on property abroad?

As you note, Revenue did recently report that it had caught almost 200 people who had failed to take advantage of an amnesty on disclosure of offshore assets, which would have allowed them to mitigate – though not avoid – penalties alongside the tax and interest owed on any outstanding tax.

And that is only the initial report of the Revenue investigation begun earlier this year into such assets. I expect the numbers will rise considerably over coming years.

It is sometimes hard to credit how people delude themselves into thinking they can outsmart the Revenue. I am not saying it never happens; I’m sure it does sometimes. But on this occasion, Revenue made clear that new tax treaties meant they had access to foreign tax records in a way they never had before and they also made clear they intended to use these records to pursue people who had thought, correctly up to that point, that tax affairs were assessed independently in each state (even if the taxpayer had a responsibility to declare liabilities themselves).

And, to be fair, they gave a decent window to people to get their affairs in order, and publicised that news extensively across all media.

A problem arises, however, if the person rents out that property to others for money at times when they are not using it themselves. In this case, the property is delivering an income and, if you are an Irish resident taxpayer, that income must be declared to Revenue and due tax paid on it.

The responsibility to do so rests with the taxpayer; there is no defence even for a PAYE taxpayer in saying that you were waiting for the tax authorities to get in touch.

This could include someone who receives income from a foreign pension which, when added to any Irish pension payment, would make them liable to tax or, if already paying tax, to further tax as well as universal social charge (USC).

It would also include people who earned money abroad, left it in an account outside Ireland, and never declared it. They would be liable for tax both on the initial sum and on any income derived on it in bank deposit interest or anything else.

Ownership of shares held through a foreign account – for many people, perhaps, in the United States – would also leave you exposed to tax and penalties on any undeclared dividends paid even if the original shares were bought with already taxed “clean” funds.

And, getting back to that holiday home, while you may have no tax liability on its purchase or use – as long as it is not rented out – you would be liable to capital gains tax (CGT) on its eventual sale, assuming it had risen in value. Failure to declare the sale and pay any CGT due would also leave you exposed to the Revenue’s clampdown on offshore assets.

CGT also applies to any profitable eventual sale of those shares held abroad or, indeed, any other physical asset.

You also mention taxes that may have to be paid locally, especially on property. Where this is the case and where the country concerned has a double taxation agreement with Ireland, you will often be able to offset tax paid locally against any Irish tax due, depending on the wording of the particular agreement and the taxes it covers. Of course, you still have to declare the tax liability in Ireland anyway – even if the actual financial sum due is entirely offset.

And, having failed to contact Revenue during that amnesty period, any non-compliant taxpayers will find themselves facing full penalties on top of interest and, of course, payment of the actual tax due in line with the warnings issued by Revenue back at the time of the amnesty period last year.

Worse still, depending on the sums involved, they leave themselves open to “naming and shaming” in the quarterly list of tax defaulters published in Iris Oifigiúil as well as the possibility of criminal prosecution. Hardly seems worth it.

1 Major credit union plans to limit savings accounts to €40,000
2 Passengers face queuing in car parks at Dublin Airport
3 Woodchester founder Craig McKinney dies
4 Ikea among major retailers to reopen next week
5 Brother is dragging his heels as executor of uncle’s will - is there anything I can do?
6 Student accommodation sector set for harsh Covid-19 lesson
7 Angela Merkel sweeps in to save the euro zone
8 Penneys will not reopen on Monday despite expected changes to lockdown rules
9 Want to help the coronavirus recovery? Go shopping
10 Inflated GDP data set to cost Ireland in share-out of EU recovery fund
Real news has value SUBSCRIBE
Save money on international transfers