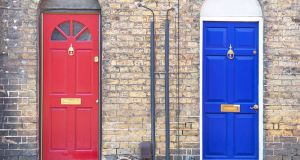 Total gross wealth, before subtracting debt, is €667.4 billion – of which around 60 per cent is accounted for by principal private residences. Photograph: iStock

Data on Irish wealth is limited – so a new Central Bank paper with an assessment of the latest estimates of the average assets of Irish households is worth a look. The survey, undertaken by the Central Statistics Office, shows that by 2018 Irish people were significantly richer than five years earlier. And – no surprise – the vast bulk of wealth for most households was tied up in property, mostly the family home. Assets such as savings have increased a bit, but in terms of cash resources Irish households still rank behind their peers elsewhere in the EU. Let’s looks at the data from the CSO’s Household Finance and Consumption (HFC) survey and at the conclusions drawn by the Central Bank.

1. The wealth of the Irish: What do the figures show?

The outline data from the survey was published earlier this year and has since been revised a bit and added to by international comparisons.The average household had net wealth – assets minus debt – of €179,200 in 2018, up by €74,000, or 76 per cent, from the previous survey in 2013. Note that this is the median – the middle figure at which the same number of households have more wealth as those that have less.

1 Schools instructed to stop using Virapro branded hand sanitiser
2 Father unaware partner and baby dead until gardaí called to raise alarm
3 Two hundred Irish retailers for all your online Christmas shopping
4 Nine charged following clashes between gardaí, anti-lockdown protesters
5 US election: Democrats target a major Senate upset in South Carolina
6 Garda checkpoints turn motorists back, traffic volumes drop
7 Diarmaid Ferriter: We have been infantilised by Government’s latest move
8 Young people ‘sick of being told what not to do’, says WHO’s Mike Ryan
9 Body of woman and baby boy found in separate locations near Lucan
10 My Irish passport has calmed tempers at borders and airports
11 HSE says it has stabilised staffing situation in nursing home hit by Covid-19 outbreak
12 Reasons to believe Covid-19 pandemic will ease next spring, says health expert
13 Life under Level 5: Where can I go, who can I see, what is closed and what is open?
14 John Gilligan arrested along with two others in southern Spain
15 Large crowds gather on Dublin’s Grafton Street on eve of lockdown
16 Developer’s impeccably restored Fitzwilliam Square Georgian for €3.5m
17 Poots’ comments about Covid-19 would be funny if they were not so serious
18 Guinness brings out a non-alcoholic version of the black stuff
19 Liam Neeson among new investors backing €100m Ireland Impact fund
20 ‘You guys are amazing’: Matt Damon’s message of support to Temple Street children, families and staff
21 Dáil approves transfer of mother-and-baby home records to Tusla
22 Borat 2: Rudy Giuliani’s trouser-reaching scene is the work of a daring young woman
23 Warning that small shuttered shops may reopen in campaign of disobedience
24 How long can Government afford to keep State pension age at 66?
25 Dublin residents seek removal of ‘distasteful’ cycle bollards
26 Six further outbreaks of Covid-19 in nursing homes and community hospitals, Nphet says
27 Brexit trade deal is ‘doable but difficult’, says Coveney
28 Bus drivers faced ‘mayhem’ as passengers tried to travel, says union
29 How smart shelves help retailers up the in-store experience for customers
30 These lemon cheesecake bars are a little slice of sunshine
31 Thousands of gardaí mount checkpoints and patrol parks, beauty spots
32 No doctor, no pharmacy, no supermarket: I’m moving to an island
33 Six Nations - Ireland v Italy: Kick-off time, TV details, team news, standings and more
34 Waterford woman accused of sharing pictures of boys who murdered Ana Kriégel
35 The story of the Irish Famine orphan girls shipped to Australia
36 Level 5 golf shutdown: Ireland one of few countries to close courses
37 ‘Waiting for your children to die, knowing that it can happen at any time, is crushing’
38 International Dublin Literary Award: Anna Burns becomes first Irish woman to win €100,000 prize
39 US presidential debate: who won, was it any good, were there any surprises?
40 Maxwell denied seeing Epstein involved in ‘inappropriate underage activities’
Real news has value SUBSCRIBE