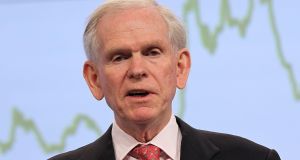 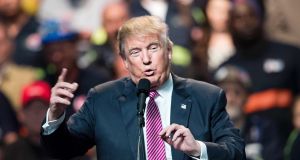 Hedge funds are coming under increasing criticism these days, with even fellow hedge fund managers putting the boot in.

Last week, billionaire hedge fund manager Steve Cohen said he was “blown away by the lack of talent”, saying the industry had “gotten crowded” with too many managers chasing a finite number of opportunities.

Cohen’s comments follow those of Warren Buffett, who said hedge funds’ compensation scheme – managers commonly charge a 2 per cent management fee as well as taking 20 per cent of profits – was “unbelievable”.

Bond guru Bill Gross was even blunter, tweeting last week that funds are “exposed for what they are: a giant ripoff”.

Hedge fund manager Larry Robbins, whose $8.2 billion fund lost 18 per cent of its value in 2015, protested at last week’s Sohn Investment Conference in New York that disenchanted investors should be patient and “just hold on”. However, hedge fund woes did not begin in 2015 – performance has been lousy for a decade now.

Hedge fund outflows in the last quarter were the biggest since 2009, indicating some investors are belatedly realising that Bill Gross is right: “Forget the 20 – it’s the 2 that sends investors to the poorhouse.”

The so-called “shareholder spring” of 2016 has echoes of 2012, when shareholders rejected outsized executive pay deals at a number of major companies.

Chief executive Yngve Slyngstad told the Financial Times that the fund is about to launch a crackdown on corporate pay packages, saying it had become a global issue.

The oil fund’s intervention is bad news for highly paid executives; a company may be able to persuade individual shareholders that they must pay huge salaries to retain top talent but such an argument is inherently irrelevant to a diversified wealth fund with holdings in more than 9,000 companies in 78 countries.

The Norwegian pension fund – Europe’s largest – has previously steered clear of expressing a stance, so its entry into the debate reflects an increasing hardening of investor opinion.

With WPP shareholders set to vote on chief executive Martin Sorrell’s £70 million (€89 million) pay packet for 2015 next month, this issue is not going to go away any time soon.

President Trump would “run up a huge deficit”, cautioned Gundlach, who said it’s “important for investors to deal with reality”.

Gundlach is a hugely successful bond manager; this success, coupled with his penchant for making forecasts that ooze confidence, means few commentators notice that his wilder predictions rarely pan out.

As emerging market (EM) stocks bottomed in late January, just prior to an explosive rally, he advised investors to short the region, saying they might decline another 40 per cent.

As markets bottomed on February 8th, he said the downtrend was a “freight train that you want to stay in sync with”, only to turn around a fortnight later and say he had been buying stocks.

In early March, he said the S&P 500 had 2 per cent upside and 20 per cent downside; stocks gained 6 per cent over the next six weeks.

In 2011, Gundlach said he had the “gift” of “being able to have stunning insight into the reality of markets and the economy”.

It didn’t – it went to 2,100 instead – but who cares? Not Gundlach: attention-grabbing forecasts help build a valuable public profile and almost no one, it seems, bothers to keep score.

The London property market has defied gravity and logic for years, but that didn’t stop Barclays from last week becoming the first major UK bank since the global financial crash to offer no-deposit mortgages to buyers.

No savings are no problem for Barclays, as long as buyers can persuade parents to stump up a 10 per cent deposit. Furthermore, they will lend up to 5.5 times borrowers’ income.

The changes, headlined the Daily Mail, give “new hope to first-time buyers”.

That’s one way of looking at it. Another would be that the lessons from the 2008-09 banking bust, when Barclays shares fell by over 90 per cent, are fast receding.

It brings to mind the words of iconic investor Jeremy Grantham, who was asked in October 2008 if lessons would be learned from the global turmoil.

“We will learn an enormous amount in a very short time, quite a bit in the medium term and absolutely nothing in the long term,” replied Grantham.

“That would be the historical precedent.”

1 Citigroup warns that markets are out of step with reality
2 Should my mam wait for house prices to drop before buying?
3 US ‘hard seltzer’ drink White Claw launches in Ireland
4 Michael Smurfit: ‘I asked Trump to invite me to the White House for my 80th birthday’
5 ‘I’m so lucky to be in the Caribbean – a million miles from Derry Girls’
6 ‘The recovery needs to be a full-scale economic renewal’
7 If you injure yourself working from home, is your employer responsible?
8 Donohoe told insurers they risked ‘irreparable damage’ to reputation
9 Chris Johns: Past is another country when it comes to our post-pandemic future
10 Charlie Chawke plans 290 apartments and hotel on Goat pub site
Real news has value SUBSCRIBE
Save money on international transfers