Opposition to new mortgage rules rises ahead of deadline 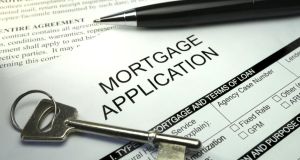 It could take a married couple of teachers almost five years to save a 20 per cent deposit to purchase ahome valued at €241,000 under the Central Bank’s proposed mortgage lending rules.

Mortgage insurance, stress tests, a freeze on current lending practices and a longer lead-in time are some of the suggestions being proposed as an alternative to the Central Bank’s proposed rules to restrict mortgage lending.

The proposals, which are designed to prevent future shocks to the Irish property market, were published in October, and if implemented, will mean that borrowers will be required to have a 20 per cent deposit before being approved for a home loan, although exceptions can be made by banks in 15 per cent of cases. In addition, lenders must limit mortgages to three and a half times incomes, with the exception of 20 per cent of cases.

The Central Bank’s new rules are due to be introduced on January 1st, but Governor Patrick Honohan told an Oireachtas committee in November that the regulator might miss this deadline.

“I’m not sure we’ll be able to get them into effect by January 1st but we are not hanging around,” he said, adding that he hopes to announce a “finalised set of regulations” soon after December 8th “depending on the complexity of the responses received”.

The Central Bank said it will publish a short statement on the consultation tomorrow, and all the submissions it receives will be published on its website in due course.

In its submission, the Department of Finance is expected to argue that the Central Bank should delay introducing the proposals, following comments made by Minister for Finance Michael Noonan on the proposals back in October. It is also expected to suggest that the rules on loan-to-value and income multiples should be relaxed in order to allow more people avoid the rules.

Irish Mortgage Brokers has argued that the policy will have “negative outcomes and should not be implemented”.

“Using a macro-prudential tool to resolve a supply shortage is akin to giving a person with cancer a plaster cast. Like medicine, macro-prudential policy making has particular appropriate applications, this is not one of them,” compliance manager Karl Deeter asserts in the submission.

A better tool would be to introduce a 3 per cent stress test, he says, as it would “require very little change from existing policy or regulatory infrastructure to implement”.

Another option would be to simply freeze current underwriting policy. “As current lending is prudent, this would simply mean that whatever way a bank is lending now would be set in stone for a period of five years unless the Central Bank gave them authorisation to loosen (tightening should not require permission). In doing that you could stem irresponsible credit – whereas with an LTV or LTI rule you can only hope for the best”.

Property Industry Ireland (PII) has recommended that the new limits be introduced on a graduated basis.

PII says a requirement that borrowers should have a 15 per cent deposit before being approved for a home loan would be “more appropriate” than the 20 per cent being proposed by the Central Bank, and should be introduced “over time”.

Based on a price of € 241,000 for a two-bedroom house in Dublin 8, PII has estimated that it would take a married couple of teachers 51 months to save a 20 per cent deposit, 55 months for a couple on the average industrial wage, and 67 months for two staff nurses.

It also says that mortgage indemnity insurance provided by third parties should be “explored” as a “parallel tool in protecting banks from future shocks”.

PII also calls for a credit register to be operational and data published as a “pre-requisite for the introduction of mortgage lending restrictions”.

At present, the credit register being planned by the Central Bank is not expected to be operational until 2016.

PII also argues for temporary “lesser restrictions” to be applied on mortgages for new houses in specific locations where “demand significantly outweighs supply”.

“Someone who happens to have plenty of equity in their home will be able to trade up without being affected. On the other hand those who arguably should be helped most are the ones who would be hardest hit.”

If you want your voice to be heard, you can still submit a submission by emailling: realestate@centralbank.ie

1 Coronavirus: Construction sector most significant part of new shutdown
2 British exceptionalism backfires in style as Johnson tests positive for coronavirus
3 Volkswagen burning through €2bn in cash per week
4 Wetherspoon’s panto-villain chairman may have the last laugh
5 Can husband keep savings and half the house in divorce?
6 Mobile, broadband suppliers to be given extra radio spectrum
7 UK needs to be honest about its Covid-19 strategy
8 Retail landlords worried rents will dry up during Covid-19 crisis
9 Rivian takes on Tesla with big batteries and subtler approach
10 Usit travel group in liquidation due to coronavirus crisis
Real news has value SUBSCRIBE
Save money on international transfers