Is Revenue pulling a fast one with my investment fund? 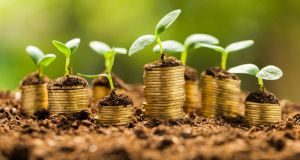 When investing, it is important to take account not only of the gross return but also of any taxes that might apply that would reduce this return. Photograph: iStock

Your colleague Fiona Reddan wrote a very useful article on different options to putting money on deposit. What does not seem to be highlighted in it is the matter of taxation, which varies considerably in each of her nine examples.

In some cases, taxation would not appear to influence the decision, whereas in other cases, such as dividends and unit funds, taxation is very much an issue. Equity dividends are of course subject to taxation at your marginal rate, but what has changed significantly is that, under new legislation, fund managers are obliged to deduct tax at certain time periods from any fund gains and automatically submit it to the Revenue, only informing the fund holder of this deduction after the event.

With a typical sleight of hand, there are no offsetting allowances for fund losses, such as are allowed under Capital Gains Tax legislation. Caveat Emptor. – Mr J.R., Dublin

You’re correct up to a point, but only up to a point. The premise of Fiona’s piece in last Tuesday’s paper is that, with deposit interest rates so low – zero in many cases – it pays to look at other options that might offer some return.

As you correctly point out, in weighing up the different options, it is important to take account not only of the gross return but also of any taxes that might apply that would reduce this return – much as Deposit Interest Retention Tax (Dirt) does on the negligible deposit savings rates currently on offer.

You are right also to say that unit funds now charge tax at a certain point, even if you have not drawn down the investment. However, this is neither new, nor is it sleight of hand.

The regime of taxation of unit funds was changed in 2001. Up to that point, what we now call “net” funds had to pay the Revenue tax on any gains made on an annual basis.

Following lobbying from the industry, the finance minister of the day, Charlie McCreevy, changed the rules to allow what is called “gross roll-up” of funds. Essentially, this means that no tax is deducted annually. Instead, all the gains made by the fund are rolled over to the next year where, hopefully, they will make further profits.

A bit like reinvesting stock dividends, the market wisdom is that allowing investors to roll up their gains offers them the best prospect of maximising their profit from the investment. If the fund were taxed each year – as still happens for those investors who still have their money in the older “net” funds – there is less money to roll over to the following year and so it won’t match the profits delivered by gross roll-up, all other factors being the same.

The idea under gross roll-up was that, when the funds were eventually drawn down, savers would pay an exit tax which was three percentage points above the standard rate of tax. The three-point margin was seen as a partial compensation for Revenue in recognition of the fact that it had forgone the income on an annual basis while it was locked in the fund.

In 2006, the rules were changed again. Essentially, Revenue had become aware that people were using the gross roll-up regime to avoid paying tax at all, keeping the money locked up over extended periods of time.

As a result, then minister Brian Cowen introduced the concept of a “deemed disposal”. This means that eight years from the anniversary of the investment, Revenue assumes the profit has been drawn down and taxes it at the exit tax rate prevailing – currently 41 per cent. If you remain invested, the same will happen after 16 years, 24, and so on.

As you can see, this change is not new; it happened over 10 years ago.The details of this taxation regime are routinely explained in the documentation accompanying new investments and should also be explained to customers by any investment adviser. If they’re not, my advice is to change adviser.

So what happens if the fund is profitable after eight years, tax is paid and the fund then fails to perform or, worse still, retreats below the levels it achieved before the tax was assessed? If, at the point the investor actually draws down their investment, it is less profitable than when deemed disposal tax was levied, the investor can claim a refund.

In that sense, deemed disposal does allow an offset against future losses although you’re correct in saying you cannot offset losses on an investment fund against gains on other investments.

But that’s not sleight of hand . It has always been the case with unit funds, even back before the introduction of the gross roll-up regime.