Is it cheaper to rent or to buy your own home?

With interest rates so low and rents so high, buying seems best. But is it in the long run? 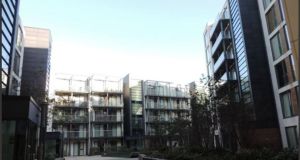 With rents now soaring above Celtic tiger highs, tenants may be looking more actively for a way out of what looks like a one-way bet on the longer term direction of rents. But is it cheaper to rent or buy?

And even if it isn’t “cheaper” in terms of monthly repayments, could you be putting your future financial health at risk by failing to take a step on to the property ladder?

Deciding to rent or to buy

For Brendan Burgess, the founder of consumer forum askaboutmoney.com, it makes sense to buy rather than to rent with interest rates so low.

Consider the example of an apartment in Sandyford, south Dublin (see table). The rent for a two-bedroom home runs at about €1,750 a month. Buying a property for €300,000 will mean monthly mortgage repayments of just €1,140 – which is significantly cheaper even when the additional costs of owning a property are factored in.

This is also true possibly over the longer term given that the total costs of owning the property (purchase price + cost of borrowing) comes to €456,606, all things being equal, over 30 years.

Contrast this with renting for 30 years when the total cost would have been €630,000 even with no increase in monthly rent over that entire period.

And the differential between renting and buying may be even greater when you consider that a certain proportion of your monthly mortgage repayment is “capital” which increases over time until the end of the mortgage when you own the property outright. With renting you never get to own the property.

Cost of the loan

Burgess suggests that you should just compare rent with the amount of interest you are paying, “which is the real cost of the loan”.

“A lot of people make the mistake of comparing the rent with the repayments, but a good lump of the repayments is capital,” he says.

To do some sums yourself, check out this calculator at http://iti.ms/2cbb4G9.

Bear in mind, however, that the aforementioned scenario could change. It may be cheaper to buy than to rent at the moment but rents could plummet and interest rates soar (even if that appears unlikely at present) which would make buying a home potentially more expensive.

Moreover, as all those still trapped in negative equity can attest, renting offers a flexibility which may not have an easy to quantify monetary value but can come into its own should your circumstances change.

While buying an apartment, rather than renting one, appears to make good financial sense, there is a distinction when it comes to family homes.

Consider figures from Daft.ie (see table) which compare the cost of renting a home across the State with buying a home based on a mortgage rate of 4.3 per cent (it is now possible to get rates of 3.4 per cent), so owning should be slightly cheaper than this illustration. It finds that in Dublin owning a one- or two-bedroom property is cheaper than renting, as is a three-bedroom home in west Dublin.

If you want to buy a four-bed family home, however, it will likely be more expensive than renting.

Owning a family home in south Co Dublin, for example, is 60 per cent more expensive than renting one.

Buying a property incurs unavoidable purchase costs, such as legal costs (typically about €1,000) and stamp duty – levied at a rate of 1 per cent on all properties up to €1 million, and 2 per cent on amounts over this. So, a purchase price of €250,000 will mean a bill of €2,500 to be settled promptly with the Revenue.

While some banks are offering cash-back offers on your mortgage, which can be used to defray these costs, remember that you are likely to end up repaying the bank this sum in the form of higher interest rates on your loan. Given these costs, Burgess estimates that you need to hold a property for five years at least to recover the purchase costs.

Other costs for home owners

Home insurance, property tax, life assurance, management charges, broadband, bin charges,renovations....The costs of buying a house only starts with the purchase price, though some of these bills are also an issue for tenants.

Letting out a room

No, we’re not talking about Airbnb – which generates income that is liable for tax – but rather the rent-a-room scheme, which allows you to earn up to €12,000 a year, tax free, by renting out a room or rooms in your property.

If you are in a position to avail of this, buying your own home may be even more attractive than renting, as you will be able to use your rental income to defray the costs of not just your mortgage, but also home insurance and bin charges.

And just like rents, rent-a-room trends are also on the increase. According to Daft, for example, you could earn €682 a month for renting a double room in Dublin, up by 6.9 per cent on last year, or €433 in Cork city centre, up by 8.5 per cent.

If you were to achieve €650 by renting a double room in the Sandyford apartment, for example, you could reduce the net amount you must find to repay a mortgage on the apartment to €490. If a couple were to buy the apartment, and rent the spare room, their repayment then could be as little as €245 each.

Of course, whether it makes financial sense to buy or not may not be relevant to you if you are not in a position to get a mortgage.

The requirement to save in excess of a 10 per cent deposit on properties valued at more than €220,000 is difficult at a time when rents are so high, while income multiples of 3.5 times salary can restrict others from borrowing as much as they might need.

While the Central Bank is reviewing its mortgage rules, changes are not expected when the review is published in November. This means that the onus will still be on people to save considerable sums at a time when the amount of their salary that goes on rent continues to rise.

That could lead to an inequitable situation between those with access to funds from a generous parent or another source and those who must save all the deposit themselves.

But it’s not all doom and gloom. It’s been more than a decade since the last first-time buyers grant was abolished, but a new package to incentivise buyers looks set to be on the way. It’s expected that the package, which could be worth up to €10,000, will be announced in the budget on October 11th. That being so, Burgess points to a “very specific risk of buying now”.

“If you buy now and then you find that there is a €10,000 first-time buyer’s grant in the budget, you would be kicking yourself. I think I would tell first-time buyers to defer any decision until after the budget.”

While Minister for Housing Simon Coveney has previously said that the measures would be backdated to July 19th, which means that anyone buying from this date should be covered by the incentives, there will be no certainty on this until the measures are actually announced.

Of course, as we saw when previous first-time buyer grants were offered, developers and other sellers may just push up their prices, leaving first-time buyers little better off – if at all.

Davy economist Conall Mac Coille has suggested that the rebate “could push up house prices significantly”.

“So there is an argument that you should not ‘use up’ your first-time buyer’s 10 per cent allowance.”